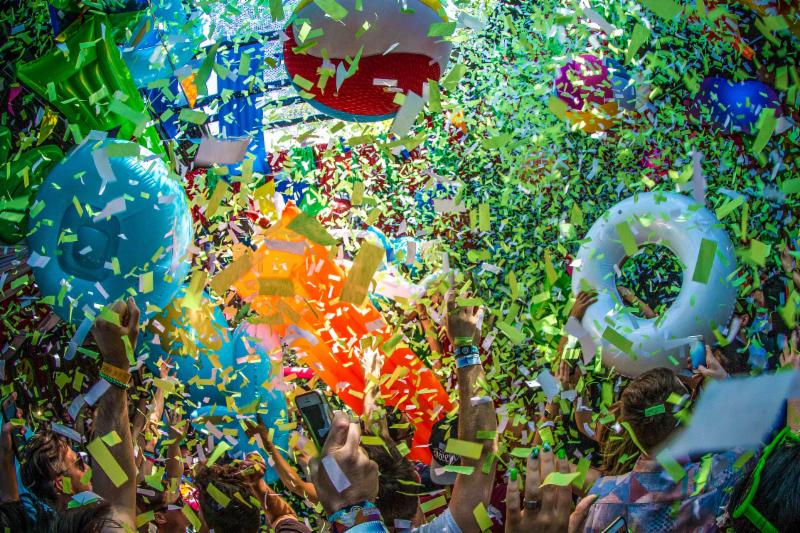 London's iconic Queen Elizabeth Olympic Park is unveiled as the location for elrow Town London. The fully immersive, open-air show will see two stages of music housed within a pop-up metropolis for the all-day spectacular on Saturday 19th August 2017.

Providing a fitting location for the bench-mark event, the Queen Elizabeth Olympic Park is emblematic of London as a global city. Benefitting from excellent transport links and part of the continued legacy of 2012's Olympic Games, elrow will be incorporating elements of their Rowlympics theme to the venue, including performers to welcome crowds to elrow Town. Partygoers will be enveloped in a 360° immersive experience from the moment they step off the train.

Amidst the bustling streets and busy markets of elrow Town, two stages of music will each feature a different theme. The residents of uptown are celebrating Singer Morning, a happy-go-lucky concept where an 'anything goes' attitude is in full force. Bouncy sumo-wrestlers compete for colourful prizes and stilt-walking performers will work-up a lather as confetti erupts around them.

Further downtown a Spanish fiesta unfurls for Feria de Abril Presents: El Rowcio. Flamenco-dancing señoritas, brave matadors, giant toros and row upon row of brightly coloured marquis casetas stacked high with delicious Spanish tapas and ice-cold sangria will make for an electrifying party atmosphere like no other in the city.

With tickets selling out in under 60mins from announcement for their recent Tobacco Dock debut, tickets for elrow Town London are expected to sell fast. Priority tickets will available to registered customers on March 29th followed by general sale on March 31st. Sign up for priority access to tickets: elrowtownlondon.com