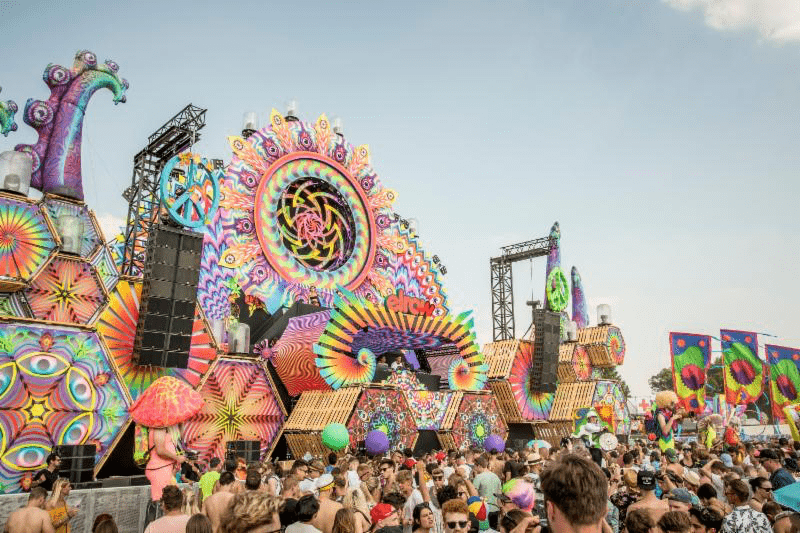 by ihouseuadmin
0 comments
elrow Town London touches down in Trent Park on Saturday 17th August 2019 for their biggest show to date having now outgrown Stratford’s Olympic Park. With general admission tickets running low this is your final chance to attend the now iconic elrow Town.
With a star studded line up already announced including Jamie Jones; the Hot Creations and Crosstown Rebels boss has delivered many stunning performances for elrow and this summer is set to be just as magnificent in true elrow style. Meanwhile Alan Fitzpatrick, who has been a staple of elrow’s lineups both in both in Ibiza – where he is often charged with looking after Amnesia’s club room from open to close – and the original party on mainland Spain, will also be on the bill. Capable of alighting any dancefloor, the techno stalwart commands authority in the most haphazard of manners.
We can now announce the infectious Grammy nominated, multi-award winning, chart-infiltrating CamelPhat! Their brushes with showbizness certainly stands them in good stead for the flashing lights, confetti drops and all-round media frenzy that is elrow Town London. Which is good, because the boys from Merseyside are our third blockbuster act! With an arsenal of cross-genre weapons at their disposal, we’re gonna see ignition on the dancefloor!
El Triangulo de las Rowmudas is the theme of the main stage to compliment the amazing array of musical talent lined up.These acts join the imps, pixies and glowworms, and you become one of the colourful woodland creatures that inhabit the magical undergrowth of Trent Park, as elrow Town London announces El Bowsque Enchantado (that’s the enchanted forest for those not versed in Esperanto!) as the next stage theme!
With neon foliage and towering plantlife that’d give the Little Shop of Horrors the jitters, El Bowsque Encantado is the ultimate party jungle. And with a brand-new stage design and mystical forest characters, get ready to get lost in the magic!
LINKS & FURTHER INFO
www.elrow.com