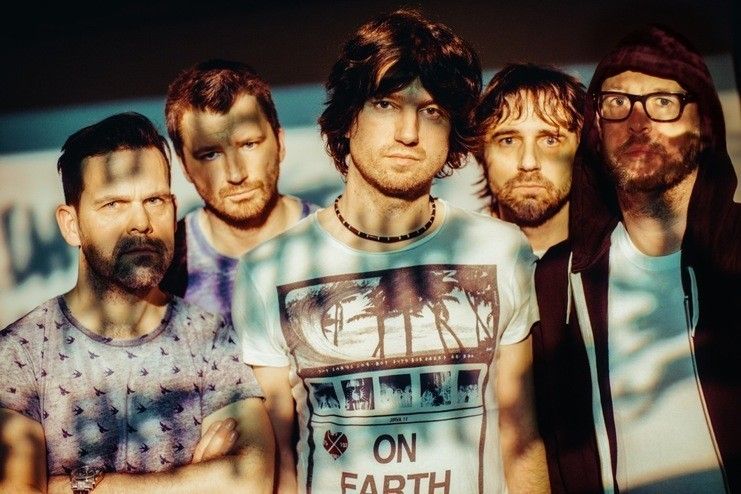 With 3 number one albums, 6 top ten singles, sold out arena shows, over 2.5 million record sales and their last record achieving both #1 album and #2 single, Embrace were on the crest of a wave when they suddenly vanished without a trace. But now they are back with a fantastic new album conveying a more raw and darker sound whilst still keeping their signature anthems and huge choruses. Embrace are set to return with a bang.

Embrace are brothers singer Danny McNamara and guitarist Richard McNamara, bassist Steve Firth, keyboardist Mickey Dale and drummer Mike Heaton and the band recorded the new record in their own studio in Halifax over the last three years.

The first release from the record will be the single ‘Refugees’ which will be released as part of a 4-track EP on 17th February, giving fans a taster of the new record with three brand new songs not featured on the new album. The tracklisting for the EP is ‘Refugees’, ‘Chameleon’, ‘Decades’ and ‘Bullets’. ‘Refugees’ is an instantly catchy track that launches into a huge anthemic chorus with vocals from both McNamara brothers backed by electro beats and epic guitars. The EP will be available as a 12” and digital download with anyone pre-ordering the EP receiving ‘Refugees’ immediately as an instant grat track. The album and EP will be available to pre-order from www.embrace.co.uk on 13th January. The video for ‘Refugees’ can be seen here – http://po.st/VevoExclusiveVid.

Embrace recently performed two secret shows for fans in their hometowns of Bradford and Halifax. The shows have been a showcase for various off the wall shock art tactics, with the band taking the secret gig concept to the next level with a gig in the darkness and a gig in a boxing ring, with the audience dressed in white boiler suits and covered in neon paint. Though the shows were strictly secret, fan forums went into meltdown with both shows selling out in minutes and fans flying in to see the band from as far as Australia and Japan. In February, Embrace will play 4 intimate shows in Scotland with tickets going on sale on Friday 17th January.