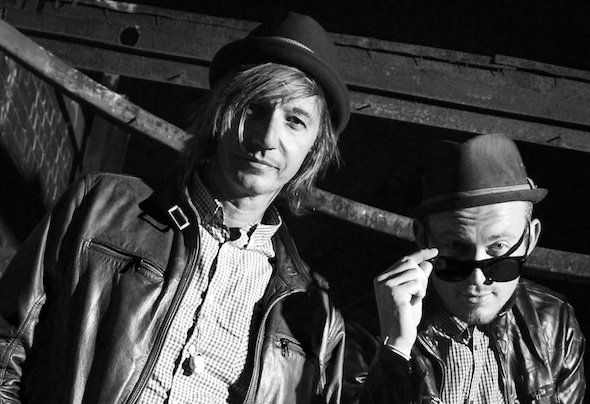 Emerging from Berlin's internationally renowned techno industry, Kaiser Souzai claim to draw influence from as far as Pink Floyd and Genesis in how they established their Art-Rock Tech genre of music, whilst still keeping the techno roots they electrify dance floors with. The duo are no strangers to the scene, having remixed for the likes of Booka Shade and Dave Seaman alongside their own signature releases on Kinetika, Trapez and Definitive Records to name only a few. Strong support from Sven Vath, Joseph Capriati, Steve Lawler, Rick Maia and more give evidence to the standard of Kaiser Souzai's work level. Alongside their own releases they also look to bring other artists into the fray with their own label Ballroom Records, which also host various vibrant events within the city. Their live performances have seen them travel the globe, from Tokyo to New York, Thailand to Australia, even playing alongside the legendary Carl Cox.

Boasting 22 years experience in the electronic music scene, Ant Wilson's latest alias Chicago Loop is a more recent product, and within a fairly short space of time has gained serious momentum, releasing on major labels such as Respekt, Gat Null, Renesanz and Toolroom. Alongside producing techno and live performances, Chicago Loop also plies his trade mastering vinyl and as a vinyl cutting engineer in both the music and television media industry, showing the endless skill level Ant has available to him. This skill level definitely comes across in his music productions and his remix with Throne Room Records supports that.

Originating in Acid House in the 90's Stanny built his reputation as a DJ, producer and radio host, and has since gone on to release an amazing than 1100 tracks, including 6 studio albums across over 100 different labels. Not content with only his own music, Stanny heads no less than 6 electronic music labels – the very concept of 'work rate' would be an understatement, and just a pure love for music is evident. A musical machine. Support from electronic music giants like Roger Sanchez, Carl Cox, Marco Carola and Mark Knight to mention but a few, the energy found in Stanny's productions are globally appreciated.