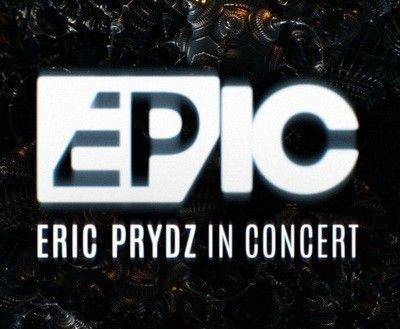 This October and November Eric Prydz will bring his 3D hologram based concert show EPIC to North America. It is the first time EPIC has ever traveled outside of the UK, Eric has only performed three previous EPIC events ever. EPIC will visit NYC, Chicago and Los Angeles in October.

A journey through Prydz many aliases, EPIC is a narrative told through sight and sound. The first EPIC shows truly captured the imagination of the dance community, leaving those who attended feeling they had seen something special, unique and fleeting, and those who didn’t wondering if they would ever get another chance to witness the phenomenon.

This North America EPIC tour represents a culmination of everything Prydz has been working on for the last two years. Musically he has been crafting new tunes in the studio specific to this EPIC concert tour, while the show’s creative and technical designers, Immersive Ltd have been tirelessly evolving the EPIC show for its next chapter.

When EPIC debuted in London in 2011 it was the first dance event in the world to use 3D holograms. Those holograms, in conjunction with enormous custom built projection surfaces, rotational 3D mapping and laser displays, meant EPIC was like no DJ show that had been seen before, taking Immersive Ltd over 18 months to design, animate and build. Since the last show in 2012, Immersive and Prydz have been working on evolving the EPIC show into new format, introducing high-resolution LED parts and extending the media and concept deeper and further.

“When I DJ I try and take people on a journey,” said Prydz. “I like an environment that’s stripped down, and allows the music to speak for itself. EPIC is something else, we’re expanding the narrative – it’s a concert show. With the holograms, the lasers and the visuals, I am able to tell a story on many different levels.”

“It’s taken us two years to get to this point, EPIC has been evolving and changing, as we work to improve the fan experience, and deepen the ties between the music and the visuals,” added Prydz. “EPIC is a one-time show, after this run we will sit down and it will change again. Once you’ve seen it, it will be gone.”