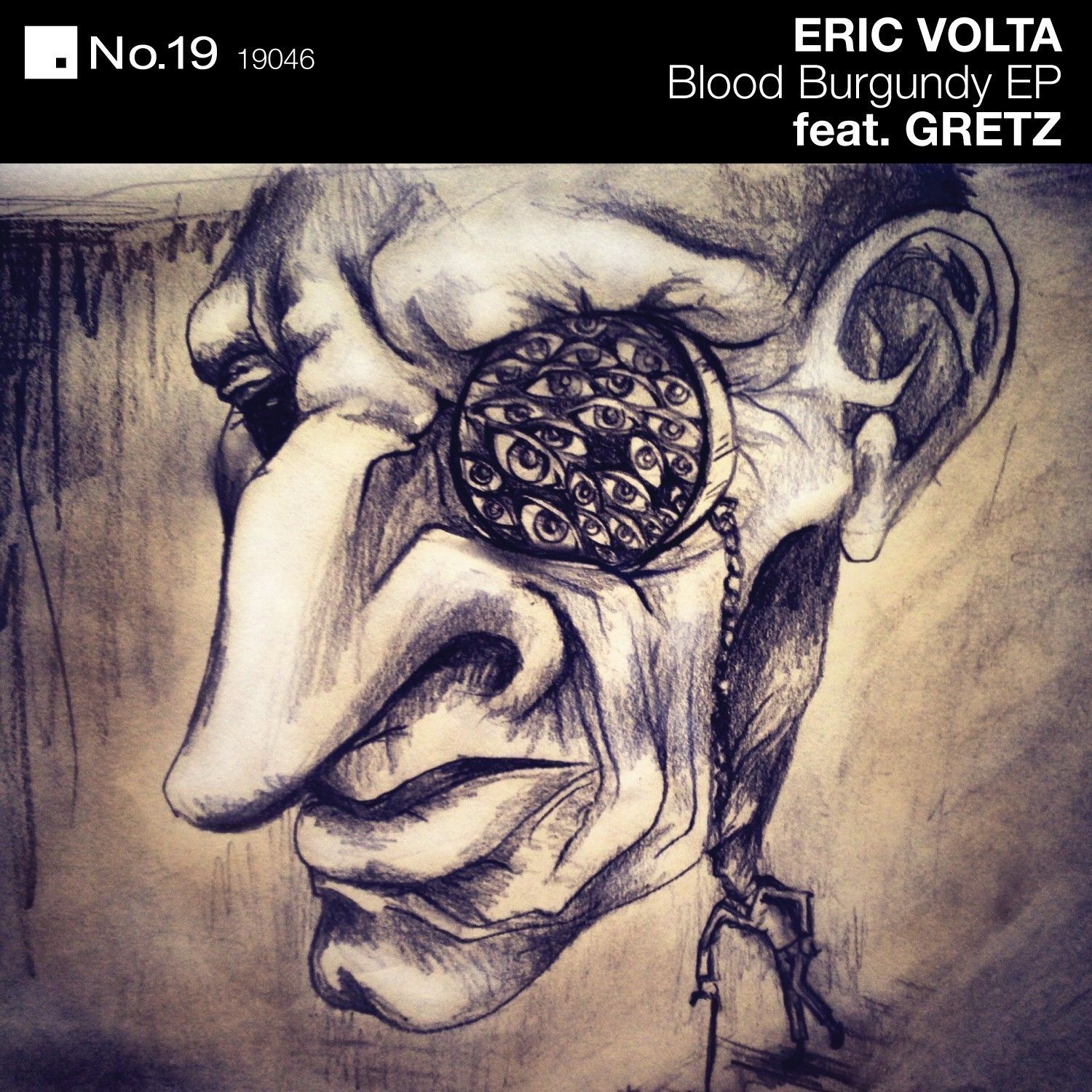 For their next release No.19 Music look once again to UK producer Eric Volta, who repeats his ‘Master of Puppets’ success by further collaborating with vocalist Gretz. The record features three stunning tracks and one reprise, all of which deal in Volta’s usual sense of keen synth artistry further enhanced by Gretz’s emotive vocal performance.

The title track ‘Blood Burgundy’ goes first and is a deep and emotional affair with low swinging claps, heart aching vocals that express serious emotional pain and plenty of rueful synth lines to tie it up in style. It’s a magical bit of music that is seriously melancholic at the same time as making you want to dance.

‘Concrete Jungle’ is a cut inspired by a Volta and Gretz shared, twisted night on Berlin’s streets. It’s a more experimental affair than the others here, with arpeggiated, pixelated melody lines, stepping beats and rubbery kick drums. Pained vocals float in the midst of the quickened groove and ethereal harpsichord notes linger in the background, drawing you in.

‘Against the Rain’ is a beautifully beatless affair filled with ambiance and a keen sense of loneliness. All sorts of glassy keys and slithering percussive sounds warp around each other, as do spraying bass synths, tinkling piano lines and feathery hi hats. It’s a turbulent brew full of atmosphere and it really draws you in to Volta’s unique world of sound.

Finally, ‘Blood Burgundy Reprise’ ends on another heartfelt note. This version of the track is much slower and more purposeful, almost collapsing under the weight of its own remorse. The vocal is placed front and centre and is expertly delivered for maximum emotive impact.

The music on this record has been dedicated to Eric’s uncle, and comes with this note from the established No.19 Music artist which gives some insight into the powerful blend of dancefloor sensibilities and emotional outpouring expressed on the release:

“This EP is for my Uncle Farid who heavily inspired my life with music. He was an amazing musician who lost much, including his ability to hear, yet regained it all with his big heart and courage.  ”

‘Blood Burgundy’ is a truly heartfelt EP that expresses plenty of pain in beautifully musical ways. It’s rare that dance music reaches such solemn heights, yet Eric Volta does so with an expert ear and lingering sense of emotion that stays with you long after the EP finishes playing.