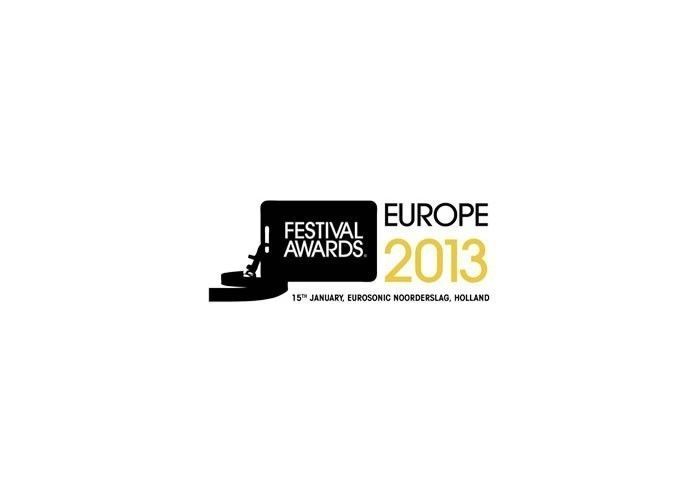 With more than 620,000 votes from festival fans all over the world and the judges votes in, we can now reveal the finalists for the 2013 European Festival Awards. The winners will be announced at a gala show on Wednesday 15th January 2014 at De Oosterpoort in Groningen, marking the opening of Eurosonic Noorderslag.

Presented in association with YOUROPE and Eurosonic Noorderslag the European Festival Awards are the only pan-European body solely dedicated to recognising the contributions and achievements of the event organisers and performing artists that generate billions of Euros for local economies and brighten up the summer for tens of millions of festival-goers each year.

This year’s awards have also broken all records featuring over 360 festivals from 34 different countries, and more than 620,000 votes.

James Drury, MD of Festival Awards Ltd, which organises the Awards said:”This has been a record-breaking year for the European Festival Awards and the hardest-fought competition we’ve had. There have been so many wonderful festivals involved from across Europe and it’s testament to the passion of the festival-goers that there has been such a level of engagement. I can’t wait to reveal the winners at the awards ceremony on 15th January.”

Christof Huber, Yourope, adds:”Festival teams work incredibly hard to produce the incredible array of events that Europe enjoys every year. Everyone who has made the finalists should be very proud of their achievements.”

This year the winners were decided by a combination of public votes and the EFA jury – made up of journalists, booking agents, festival organisers – who had a 25 per cent say in the final outcome of the public voted categories.

Tickets:
Platinum tickets include a delicious 3 course gourmet meal before the show, a seat on a table, complimentary beer, wine and soft drinks and access to the aftershow party. Tickets sold-out before the event for the last 2 years, so book early to avoid disappointment. To order a whole table, please purchase 10 Platinum tickets. Buy tickets here: eu.festivalawards.com/tickets/

Opener Festival (Poland)  – Commended for good practice at the festival in relation to safety.

Paleo Festival (Switzerland)  – For their year on year development of innovative activities to support health and safety onsite, including the electronic tracking of security and changes made to parts of the festival to make it safer relating to ingress and staging.

Wacken Festival (Germany)  – Commended for bringing in outside agencies to audit all of their health and safety activities.