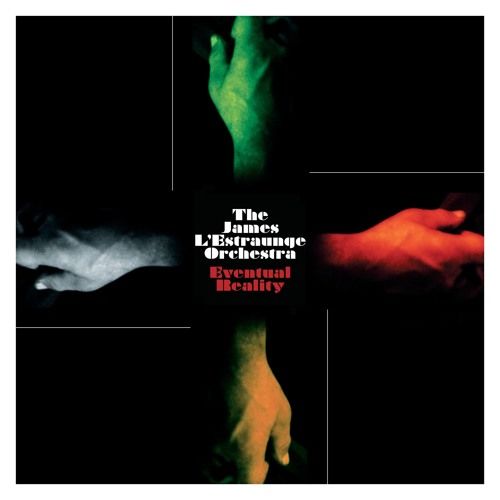 Born in a remote log cabin deep in the Scottish Highlands, Eventual Reality, the debut album from The James L’Estraunge Orchestra melds jazz and electronic music sensibilities with a huge helping of heart and soul. In 2014 seasoned producer and musician Ricky Reid and his partner retreated from the city to embark upon a new life, in his own words “away from the constant, incoherent noise of the world”. As he set up his studio, the clean air and spectacular surroundings began to provoke musical inspiration like never before. Then, like a scene from ‘Field Of Dreams’, a series of talented musicians from his former life visited the cabin for a series of late night jamming and recording sessions, leaving behind them hidden treasures to be discovered and lovingly pieced together by Ricky over the following months. With nostalgia so much a part of the album’s creation, The James L’Estraunge Orchestra can’t help but appear somewhat spectral; after all they are truly the band that never was.

Making up one half of the Soul Renegades alongside Craig Smith, as well as contributing keys and vocals to both 6th Borough Project LPs, Ricky Reid was a lynchpin of the Edinburgh scene for a little over two decades before escaping to the wilderness. Releases on Restless Soul, Local Talk, Rainy City Music among others saw him truly hone his craft, but the distractions of day to day urban living prevented him from elevating his craft to the next level. Now with no TV or wi-fi and mostly trees to talk to, Ricky has been able to freely explore and spread his wings; as heputs it: “I’ve become a conduit for something different than I've ever experienced before.”

Roaming from dramatic, cinematic expanses to intimate and fragile places, ‘Eventual Reality’ is the audible journal of a musician making sense of things, reconciling the past and present from a place of tranquility. From the autobiographical reverie of ‘See You Tonight’, which explores the loss of youth, to the vibrant Melbourne street sounds that introduce powerful and empowering first single ‘Closer’, the album shimmers with a palpable sense of life throughout. “My process is completely based on

inspiration in the moment. Sometimes the inspiration for a track comes in the middle of the night, like ‘The Call’, which was written after a local car accident ended in tragedy for a young girl visiting the area. She was trapped underwater after driving off the road, which shocked the village and provoked this emotive, free form track.” It’s just as easy to imagine a poignant story for each piece of music contained in ‘Eventual Reality’ as it is to place yourself in that lonely cabin, comfortably cocooned in warm and deeply touching sounds.