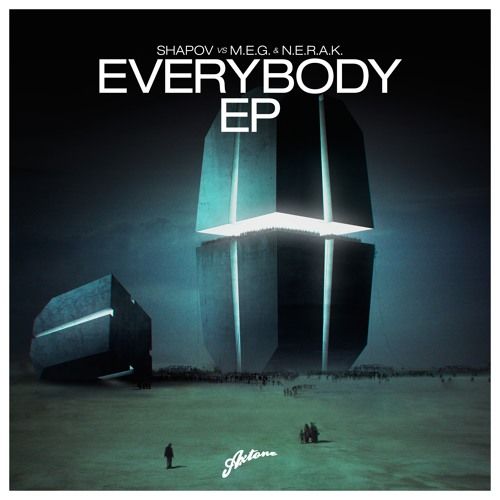 Consistently challenging expectations, Shapov returns to  Axtone alongside allies M.E.G. & N.E.R.A.K. in the form of  their genre-defying ‘Everybody EP’. With extensive support  from the likes of Diplo, Alesso, and Hardwell, ‘Everybody’ is  becoming a set highlight among DJs, combining House and Hip-Hop, while ‘Dream About It’ utilises hypnotic pianos and drums to create dark club atmosphere.

Shapov’s unmatched studio prowess and technical knowhow has afforded him six Axtone releases in 2015, in addition to a summer residency at Ushuaïa in Ibiza. With a pending collaboration alongside Axwell Λ Ingrosso, Shapov shows no sign of slowing down in his unique approach to modern dance music.

M.E.G. & N.E.R.A.K. have had nothing short of a monumental 2015, with their Wall Recordings single ‘Concorde’ becoming a set staple all throughout Winter Music Conference, Coachella, and Tomorrowland.

Reuniting after ‘Party People’ and their remix of Afrojack’s ‘SummerThing’, Shapov and M.E.G. & N.E.R.A.K. continue to advance their Russian twist on dance music, refusing to play it safe.