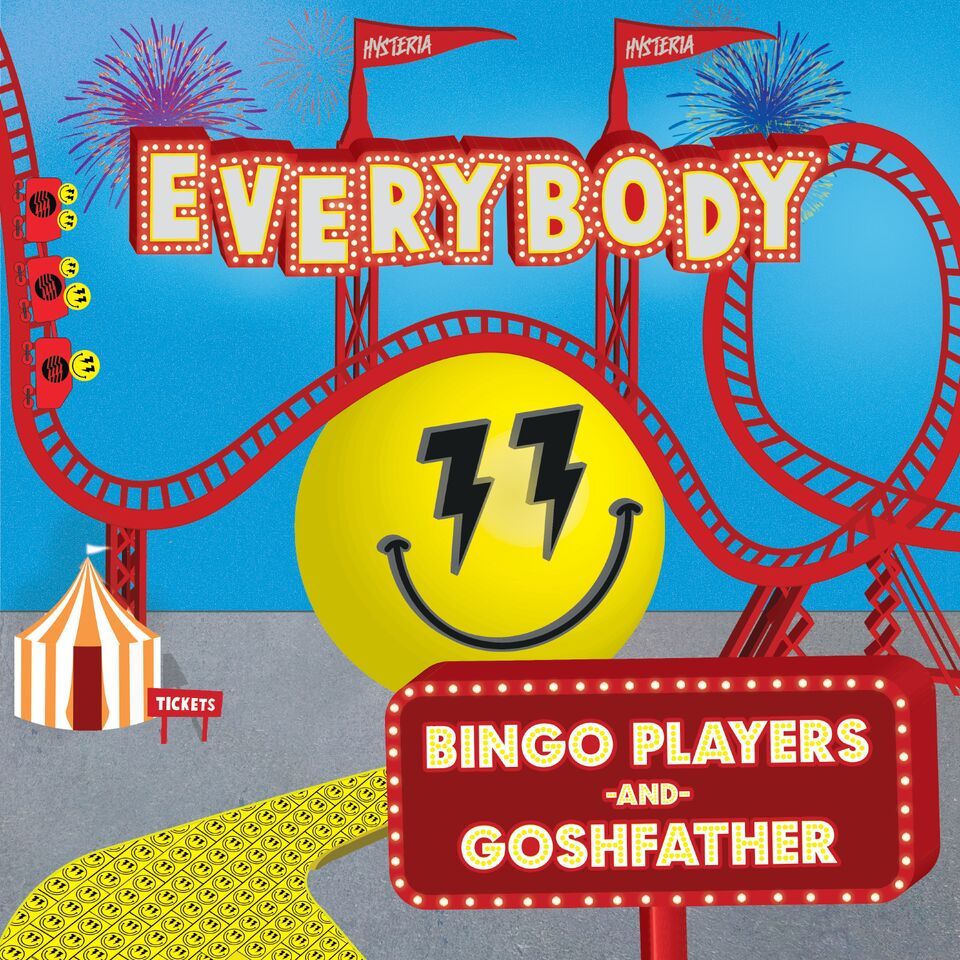 Following the success of his dually packed What's Next E.P release back in December, DJ/producer Bingo Players has returned with another impressive original, collabed alongside LA based future house producer, Goshfather. “Everybody” is loaded with poppy percussion, synth loops, cheerful lyrics, and all-around bouncy vibes that will have every listener relentlessly dancing their way into festival season.

On top of the groove-filled release, Bingo Players is also announcing a new partnership between his Hysteria Records imprint and legendary Dutch label Spinnin’ Records.

"I'm very excited Bingo Players and my label, Hysteria, has partnered with Spinnin' to release 'Everybody' which is a collaboration with my friend Goshfather, who is a great producer and Dj based in Los Angeles. Outside of releasing my music, Hysteria is where we look to develop new talents. Goshfather is a perfect example of this. He's somebody I met in Los Angeles at one of our shows, we had similar musical tastes and working together we ended up with 'Everybody.' I played the record for some friends at Spinnin and we started talking about working together again. We're really excited to have the Spinnin team on board, giving us the ability to reach even more people with the music we put out through Hysteria." – Maarten Hoogstraten (Bingo Players)