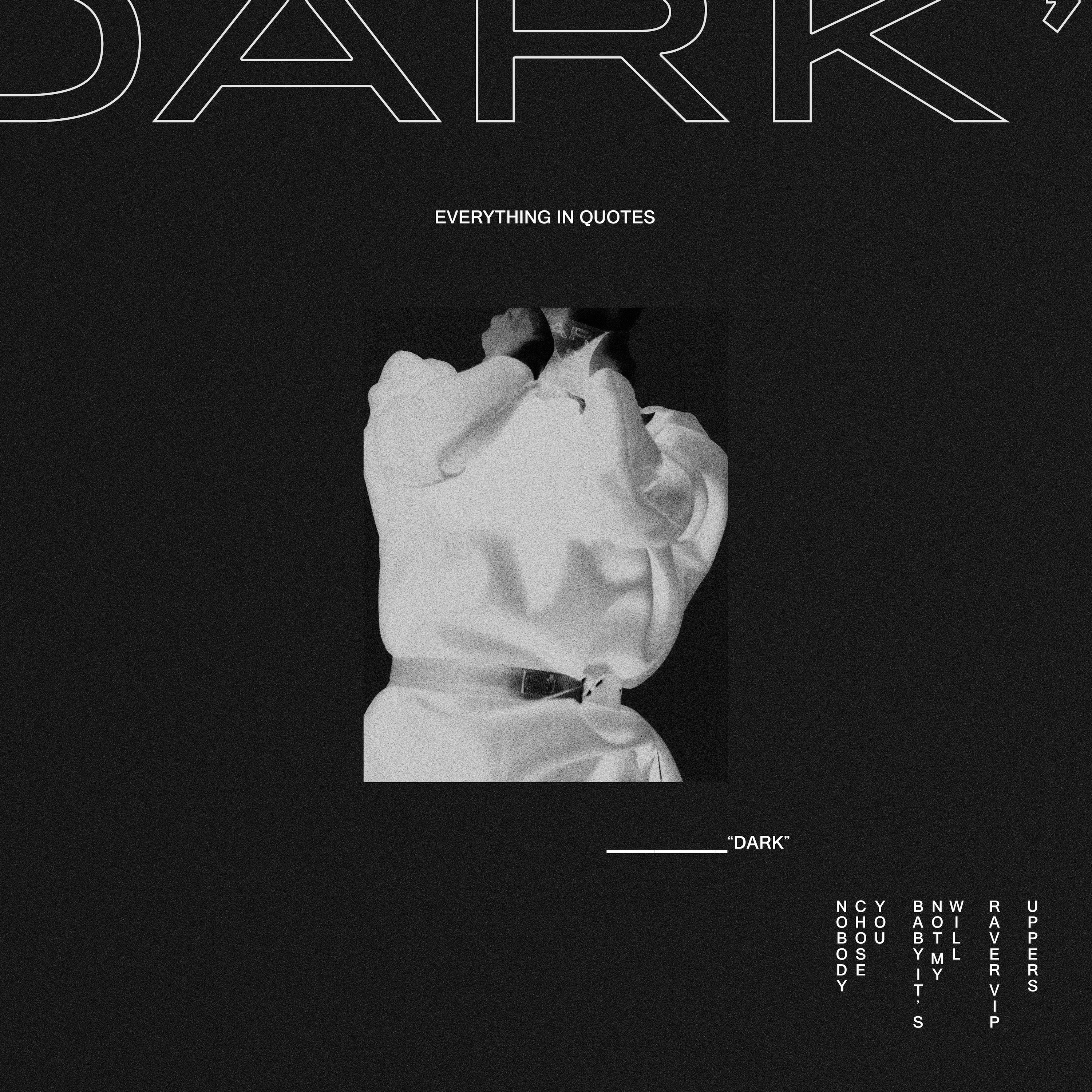 Christopher Port today shares his Everything In Quotes “DARK” EP, out via Future Classic x Pieater. A sound that’s best described as a refreshing take on UKG, the EP includes two additional tracks, ‘Uppers’ and 'Raver VIP’ as well as previously released single ‘Nobody Chose You’ and most recent track ‘Baby It’s Not My Will' which have seen support from tastemakers including Highsnobiety, Tsugi, Spindle Magazine, The 405, Acid Stag, Stoney Roads and regular radio airplay across BBC Radio 1, 6 Music and 1Xtra.

Dark, brooding and subdued, Everything In Quotes “DARK” is marked as a highly impressive contribution to the electronic music landscape.

“The name "Everything in Quotes" is taken from a lecture by fashion designer, Virgil Abloh, in which he talks about architecture, creativity and fashion amongst other things. One of the most important things for me as an artist is being able to have a direct line to the listener. I want you to hear my music exactly how I made it, yet still be able to perceive it in your own way. To me "Everything in Quotes" personifies this. You are hearing my music in the exact form I created it, similar to a direct quote. I believe this makes the connection between the artist and the listener much stronger. I've always been drawn to the darker side of art. I love music that has a sense of foreboding, melancholy and unease. This comes in so many different forms and shades, much more than I have presented on these tracks."

With the EP, also comes Christopher Port’s a special visualizer which doubles as its own unique rolling look-book video showcasing the producer's fashion debut with his own brand of hand-sewn unisex shirts available for sale as a limited, one-off item.

Christopher Port says of the line, “These tops are the tangible affirmation of the music from my EP "Dark”. This video for me is a process film that shows the creation of the prototypes that informed the finished pieces with four distinct sections that are based off the four EP tracks. The video also works as a visual response to the music by my long-term collaborator and incredible director/editor Hamish Mitchell.". Check out the design here and watch the video for ‘Baby It’s Not My Will’ below:

This November, Christopher Port will embark on a AUS tour. 2018 will see the release of his second instalment of Everything In Quotes, with a follow-up EP "LIGHT", along with its corresponding fashion line. Stay tuned for more on this soon.

‘EVERYTHING IN QUOTES “DARK”’ IS OUT NOW.