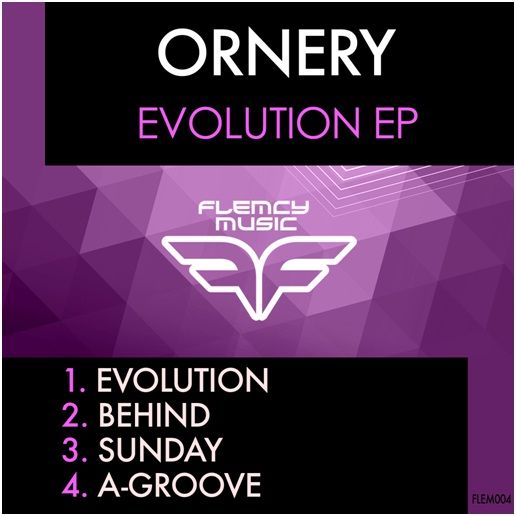 Flemcy Music’s very first release for 2016, ‘Evolution EP’ is Ornery’s latest wonder, hitting the shelves on the 25th of January. Originally from Rome, Italy, Ornery has now moved to Berlin and is showcasing his eclectic musical vision, ranging in diverse influences from: House, Techno, Heavy Metal, Hip-Hop, Pop, Rock, Classical and everything in between. A remarkable DJ, Producer and Recording Studio Owner, Ornery is making big waves within the Dance music scene, following the steps of heavyweight names like: Eric Prydz, Maceo Plex and Fritz Kalkbrenner amongst others.

Whilst Ornery has been involved in numerous collaborations with stellar artists such as: DEF4ULT and Spacelake, ‘Evolution EP’ represents his official debut as a solo act. Establishing himself as an in-demand DJ, Ornery is now seeking to put himself on the map with his productions, and ‘Evolution EP’ has already attracted the attention and support of renowned DJs like: Davide Squillace, Forest People, Larry Cadge, Pete Simon, Liz Cirelli, Maarten de Jong, Flash Brothers and many others.

A top-notch package, ‘Evolution EP’ presents Ornery’s unique Progressive House elements, through four outstanding tracks by the name of: ‘Evolution’, ‘Behind’, ‘Sunday’ and ‘A-Groove’. The darker tones within the lead single ‘Evolution’ blend perfectly with the moving vibes in ‘Behind’, whilst the highly original ‘Sunday’ and ‘A-Groove’ contribute a deep aura to close off a truly distinctive, skilfully crafted EP.

Ornery’s newest banger ‘Evolution EP’ is set to continue Flemcy Music’s ongoing string of quality releases. Having released three projects in 2015, ‘Evolution EP’ is Flemcy Music’s opening offering for 2016, adding Ornery to their growing family, amongst important names like: JP Lantieri, Mystik Vybe, JunoJuno, Andrew Consoli and Jay Maguire. Ornery is certainly contributing big time towards Flemcy Music’s trend-setting reputation within the Deep, Progressive and Techno worlds, and there is surely much more yet to come from this fruitful collaboration.