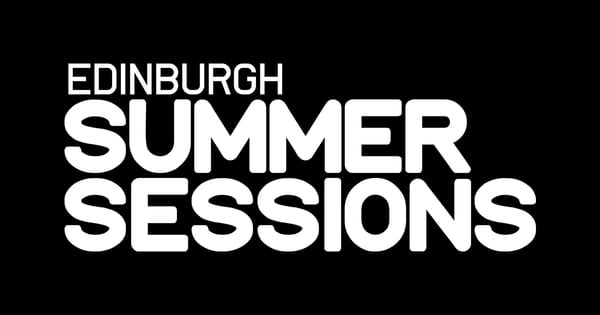 Now offering an exciting six days of music in the capital during the world famous Edinburgh Fringe Festival, these new acts join Sir Tom Jones, Rag’N’Bone Man, Paloma Faith and Kasabian for an incredible new era in Scotland’s music scene in one of the most beautiful live music locations in the world. Providing a new music strand to the world famous Edinburgh Fringe, the shows will take place at the Ross Bandstand, with the breath-taking backdrop of Edinburgh Castle from the 6th–19th August 2018.

British indie-rockers Bastille will take to Edinburgh Summer Sessions for their festival debut, after an electric eight years in the industry seeing them sell over four million albums and eleven million singles around the world. Frontman Dan Smith writes exceptionally catchy hooks paired with electro-influenced sounds and emotionally charged lyrics, best depicted on massive hits such as ‘Pompeii’, ‘Things We Lost in the Fire’ and ‘Good Grief’. The Brit Award winners and Grammy-nominated band recently collaborated with Craig David on the UK Top 10 hit ‘I Know You’ and with fans hoping a new album is on the horizon, Bastille will bring their energetic, electric live set to Scotland’s capital for an unrivalled summer show on 9th August 2018.

Since their debut album in 2011, indie-rockers The Vaccines have firmly cemented their name in the festival hall of fame, sold over a million records worldwide, plus toured with The Rolling Stones, Arctic Monkeys, Red Hot Chilli Peppers and Muse.  The band released their fourth album Combat Sports in 2017 bringing their best mix of rock and roll, indie and synth sounds to the forefront on tunes like ‘Your Love Is My Favourite Band’ and ‘Rolling Stones’. Combining quality songwriting and lyricism with melodic punk and energetic rhythm sections, The Vaccines are one of the most exciting bands on the music scene and their addition to Edinburgh Summer Sessions on 9th August will see Princes Street Gardens transformed into a musical haven for rock ’n’ roll fans.

International icon Brian Wilson began his career as co-founder of The Beach Boys, writing countless hits and producing momentous albums including the world renowned Pet Sounds which will be performed in full in the beautiful Scottish capital on 19th August. Brian Wilson has gone on to be recognised as a legend in his own right and has had an incredible solo career with 11 albums including his most recent, No Pier Pressure which was released to great reception. Edinburgh Summer Sessions are thrilled to bring the icon back to Scotland this summer along with Al Jardine and Blondie Chaplin.

As an original co-founding member of The Beach Boys, it is only fitting that Al Jardine joins the Brian Wilson-headlined bill at Edinburgh Summer Sessions on 19th August. One of the most influential acts of our time, Al was rhythm guitarist for the band, singing lead vocals on classics such as ‘Help Me, Rhonda’. A member of the Rock and Roll Hall of Fame, Al received a Lifetime Grammy in 2001 with The Beach Boys and will bring his distinct sounds to Princes Street Gardens this summer.
Another legend of the music scene, Blondie Chaplin joins the Edinburgh Summer Sessions bill for 19th August, joining Beach Boys alumni Al Jardine and Brian Wilson in the unrivalled live music setting. Blondie toured with The Beach Boys in the early 70s and has various strings to his bow, such as touring and recording with none other than The Rolling Stones.

Joining Sir Tom Jones on Monday 6th August at Edinburgh Summer Sessions is Welsh duo Into The Ark. Sir Tom mentored the pair when they reached the finals of The Voice UK and subsequently invited them to join him on his UK tour. The duo have also supported the likes of Paolo Nutini, Olly Murs and Gabrielle Aplin bringing their soulful tunes around the country, after growing up busking together in Cardiff.
Fresh off the back of supporting Rag‘N’Bone Man and Dua Lipa on both their recent UK and European tours, Grace Carter’s live show boasts emotional dexterity and stunning vocals. Grace grew up in Brighton listening to the likes of Lauryn Hill and Nina Simone, which is evident in her powerful songwriting displaying emotional and musical maturity.  Grace Carter is a true rising star and exciting addition to the Edinburgh Summer Sessions’ fleet.

Having built a reputation as one of Scotland’s most exciting live bands, The LaFontaines have sold out headline shows at Glasgow’s Barrowlands and ABC, played London’s Koko and wowed crowds at The Great Escape, TRNSMT and Download Festival during their festival tour in 2017 with the relentless energy of their live set. Edinburgh Summer Sessions can’t wait to feel the electric atmosphere during their performance in Edinburgh this summer.

Edinburgh Summer Sessions’ artists will be part of festival history as they contribute to the city’s exciting new era of music in Princes Street Gardens. With Sir Tom Jones, Rag’N’Bone Man, Paloma Faith, Kasabian, Bastille plus Special Guests The Vaccines and Brian Wilson Presents Pet Sounds now confirmed as headliners at the gigs, fans have even more to look forward to, and should stay tuned to smmrsessions.com / @smmrsessions on Facebook, Twitter and Instagram for more announcements coming soon.

These exciting events will take place in one of the most beautiful live music locations in the world – combining a Scottish audience with some of the highest profile artists on the scene today.  With Edinburgh’s bustling arts festival and electric city-wide atmosphere in full swing in August, it’s only right that the biggest names in music are brought to Edinburgh’s unique stage this summer at Edinburgh Summer Sessions.

Geoff Ellis, CEO of DF Concerts said: “We’re delighted to be bringing Summer Sessions to Edinburgh and DF Concerts’ return to Edinburgh’s live music circuit this summer is a great addition to the list of incredible events taking place across Scotland this year.

The Edinburgh Summer Sessions line-up certainly has a diverse variety on offer with legends Brian Wilson and Sir Tom Jones sitting alongside acclaimed acts like Bastille, Rag’N’Bone Man, Paloma Faith and major festival headliners, Kasabian, placing the series of shows right at the heart of Edinburgh during the festival season.”