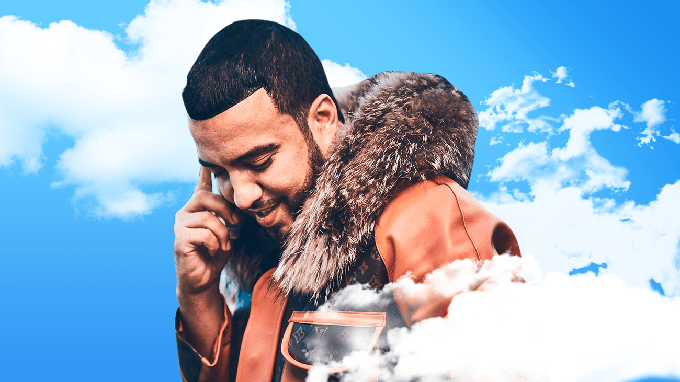 The famous rapper from Bronx has chart topping albums and singles along with three BET awards, three Grammy and one Billboard nomination. Last year, his multiplatinum hit, “Unforgettable”, dominated radio stations worldwide and today is only a step away from 700 million views on YouTube! He has collaborated with dozens of international music stars such as Migos, David Guetta, The Weeknd, Kanye West, Jennifer Lopez, Miley Cyrus, Wiz Khalifa, Jason Derulo, Afrojack, Cardi B, Drake, Rick Ross, while his publisher is none other than P. Diddy. Hollywood didn’t manage to resist him either – the soundtrack for Deadpool features French in one of YouTube's most trending hits – “Welcome To The Party”!

The list of EXIT 2018 headliners just got bigger: https://youtu.be/Ea-bl1LUba4

The festival's mamouth closing party on Sunday, July 15th features pretty epic lineup with David Guetta, Marin Garrix, Alice Merton, Nina Kraviz, Tale of Us, Red Axes and many others, but this grand finale bill just got much bigger! First to join the party on the fourth day at EXIT's Main Stage are the mysterious American hitmaker ZHU and the Dutch hit band My Baby, who have played Glastonbury six times! At the same time, the closing party at the spectacular mts Dance Arena will see one the next-gen techno leadersJoseph Capriati, the charismatic Danish producer Kolsch and one of Berlin's finest selectors Dana Ruh, supported by the excellent Bosnian duo After Affair! On the day before, the true Saturday's night fever will be brought by Solomun and Boris Brejcha, who will be joined by British hit trio Disciples, who have managed to introduce new megahits since their last EXIT performance, such as the summer anthems "On My Mind" and "Jelousy"!

The authentic spirit of Bronx, where French Montana grew up, and Morocco, where he was born, are more than obvious in his catchy numbers which have been driving the world crazy in the past couple of years. He landed into the spotlight after publishing “Casino Life 2: Brown Bag Legend”, which featured “Moses”, a huge hit and collaboration with Migos. He shook the music scene again when he published his second album “Jungle Rules” which immediately reached the third place of the prestigious Billboard Top 100. The main single, “Unforgettable” made it to the third place of Billboard Top 100, as well as the first place on the US Hip-Hop chart, achieving platinum in over 20 countries worldwide! He has a will of steel, gigantic ambitions and a busy schedule – aside from collecting billions of hits on streaming services, multiple awards and nominations, French Montana proved to be a great humanitarian and advocate of free health insurance. He also initiated a global campaign for building of a hospital for mothers and children in Uganda.

Tickets are at exitfest.org, while the official tourist agency exittrip.org has tourist packages with tickets, accommodation and transfer options.