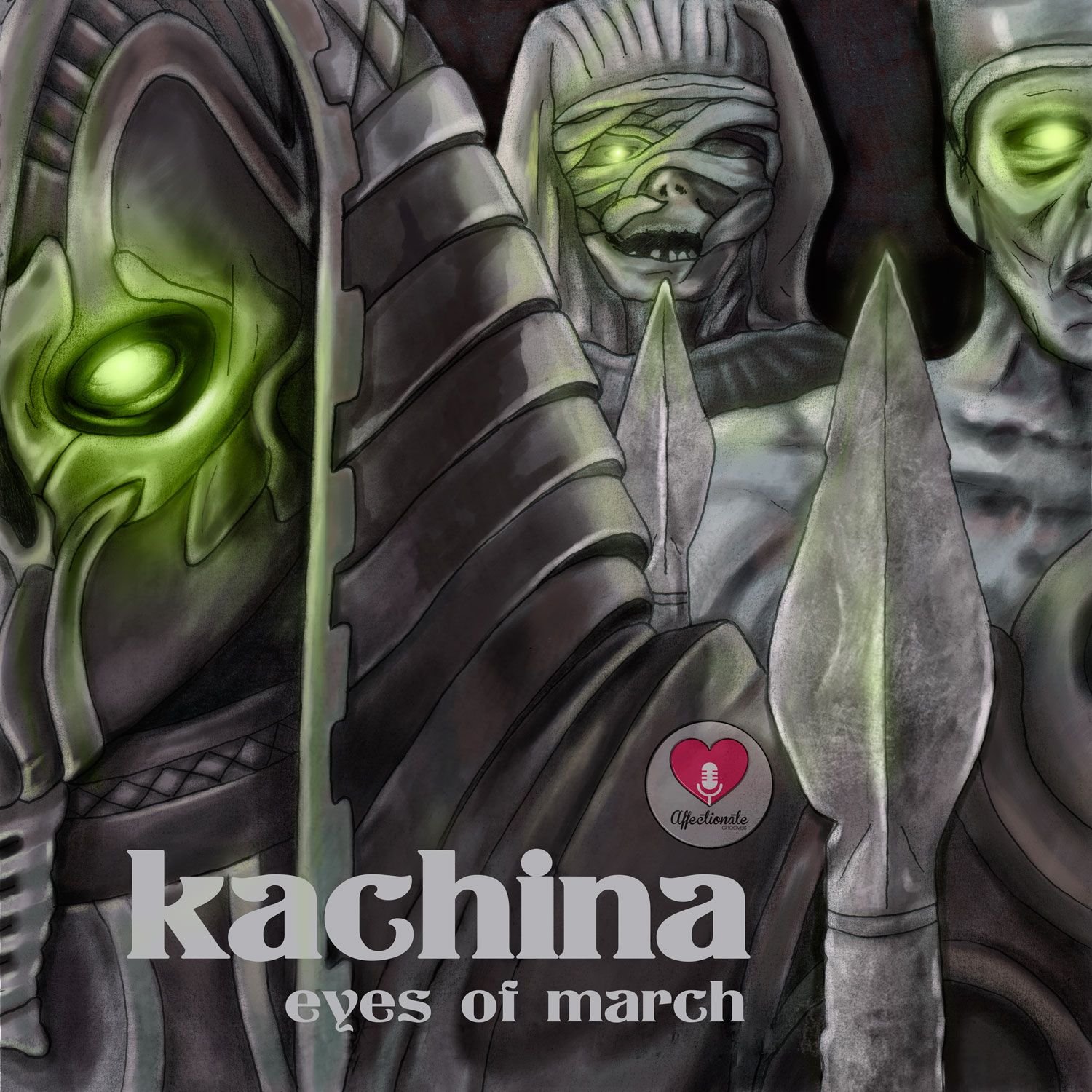 UK-based producer-duo Kachina have announced that they will be releasing their brand new EP, titled “Eyes Of March”, on the 13th December, via Affectionate Grooves and NexGen Music, and have just shared the title track from this much-anticipated upcoming release, out 15th November. Originally a trio, Kachina tragically lost one of their members, Zurcon, to cancer earlier this year, but continue to honour him and his musical contribution, including his role in the creation of their forthcoming “Eyes Of March” EP. Kachina have already received extensive support from reputable tastemakers DJ Mag, Resident Advisor, COMPLEX and AFROPUNK as well as radio play from BBC Radio 1’s Annie Nightingale, Monki and Toddla T, BBC Radio Leicester, BBC Coventry & Warwickshire, Rinse FM’s Marcus Nasty and Reprezent Radio's Benteki. Racking up over 20 million streams on Spotify alone, the group have been involved in many prestigious projects and events, including sharing stages with acclaimed artists such as Crookers and The Bloody Beetroots and working on collaborations with Synkro, Nero, Bar9 and Distance.

Kachina was created by Rob Sparx, Zurcon and Wigz, and is not your regular house music project. Now, continuing on with Rob Sparx and Wigz and Based in Leicester and Leamington Spa, these multi-talented musicians have always wished to dig deeper when it comes to electronic music, explaining that, “We're writing music that isn't just functional party music; its therapy using bass, rhythm, melody & harmony, we try to capture a spiritual sense of the world mixing our favorite dance styles with a tribal sound.” As a trio, Kachina injected the UK electronic scene with this positive energy for years, with their involvement in many local events such as collaborating with the Sous Sol parties and playing regularly for Bloop parties, among many other projects.

Drawing inspiration from a variety of underground electronic genres such as classic UK garage, dub and dubstep, Kachina are influenced by the sounds of many iconic producers and DJs from the mid-90’s and early 2000’s such as Tuff Jam, dubstep pioneer El-B and Groove Chronicles, as well as the music selected by Giles Peterson on his Worldwide radio show and the early releases from Black Butter record label. Kachina also cite more contemporary acts such as Ghost, Burial, Gorgon City, London Grammar and Cause & Affect as influences, while their own sound could best be compared the iconic UK garage sounds of artists such as Wookie, DJ EZ and Todd Edwards.

The title track from Kachina’s “Eyes Of March”  EP ignites a sense of dub groove with its reverb-soaked reggae-style vocals and adds a unique twist with uptempo drums and funky house-infused synth melodies. Drawing on elements from old-school UK garage and house sounds, while simultaneously sitting comfortably within contemporary electronic music genres, Kachina have created a track that oozes bluesy danceability.

Kachina comments, “This is the first press release we've done since Zurcon passed away in April, RIP Ernest Payne you were a proper one in a million diamond geezer!” and goes on to explain, about their latest single, “Get yer skanking shoes on for ‘Eyes of March’! The title track from Kachina's 10th and strongest release yet on Affectionate Grooves is a 130bpm epic & euphoric soulful dub journey with a memorising combination of cheeky dub vocals and an ever evolving super funky amen workout. With elements of Tuff Jam era garage, Jungle and 88-92 classic hardcore, Eyes of March is the anthem you've been waiting for!”