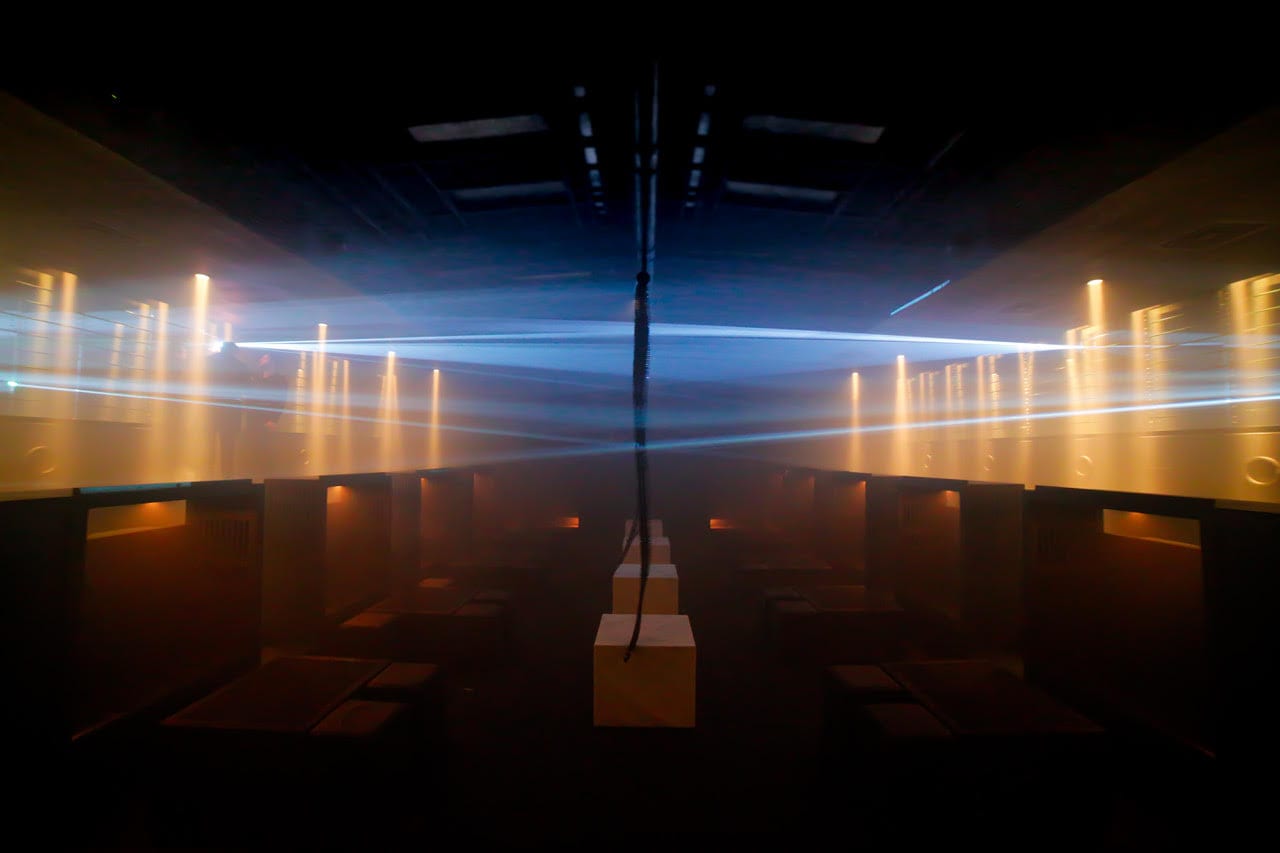 On December 11th, it relaunches after months of upgrades and a comprehensive redesign that mean it will once again lead the local and regional scene from the front.

People all over the world have heard of the institution that is B018, and it’s often referred to as ‘The Berghain of the Middle East.’ The iconic club is talked about with real reverence thanks to how many heavyweights have played in the famously immersive bunker in the Lebanese capital’s Karantina neighbourhood over the last 20 plus years.

Initially an after hours club, it is now more of a super club that opens till late and hosts world class house and techno DJs as well as eclectic nights and live musicians on Tuesdays and Wednesdays, and also serves modern Asian cuisine, crafted by restaurateur Mario Jr. Haddad in the brand new kitchen.

"It is a place like no other," says the world-renowned Lebanese architect Bernard Khoury who is redesigning B018, and giving it a fresh new format. "Despite its underground location, its retractable roof has become a much loved and anticipated attraction for party lovers. “B018 is an iconic landmark in the Middle East’s nightlife scene and its force is unquestionable,” he continued.

B018’s renovation will preserve the club’s true essence while getting an upgrade with fascinating new design in time for the re-launch in December 2018. With a forward-thinking focus, the open-air club has an underground ethos and has also helped to revive the industrial and run down area in which it is situated.

This exciting new era again looks to tell the story of the region. It is an artfully designed and comprehensively realised space that will make each event a theatrical experience powered by world class sound systems previously tested by the likes of Slam, Martin Buttirch, Seth Troxler, Marco Carola and many more essential talents.

According to Khoury, "the authentic spirit of this nightclub will remain intact; B018 will always be encrusted in the heart of Quarantina and will retain its heartbeat. The new decor will certainly pay tribute to this spot's glorious history, while reflecting its character and authenticity”.

Moreover, Tony Ramy, advisor of the board of directors, has confirmed: ‘’B018 is turning a new chapter, and I am positive that the innovative design, and the effective management will definitely contribute in keeping B018 in the lead.”

The history of the club is rich indeed : In the mid-1980’s, nothing could be heard in Beirut but the sounds of missiles and bullets; while everyone was completely overwhelmed with the raging war, the young Naji Gebran was busy curating his own music in a small chalet with the number B018 at the door. This unit turned later into a music refuge for his music lovers’ friends in the midst of their misery. Having established a real popularity, B018 quickly became a staple in the Lebanese and regional nightlife.

At a time when nightclubs were not very common, B018 captured the hearts and minds of generations of clubbers with its exceptional music and outstanding parties that would last till dawn. It was a musical revelation; an institution that gave credibility and put Beirut on the international nightlife map. It also catered to international DJs needs, who called Beirut their second home, as they grew more connected to the club, country and people.

The renovated club will continue to be an everlasting hub and will maintain Lebanon's leading status on the international nightlife scene.

The new schedule of nights includes: