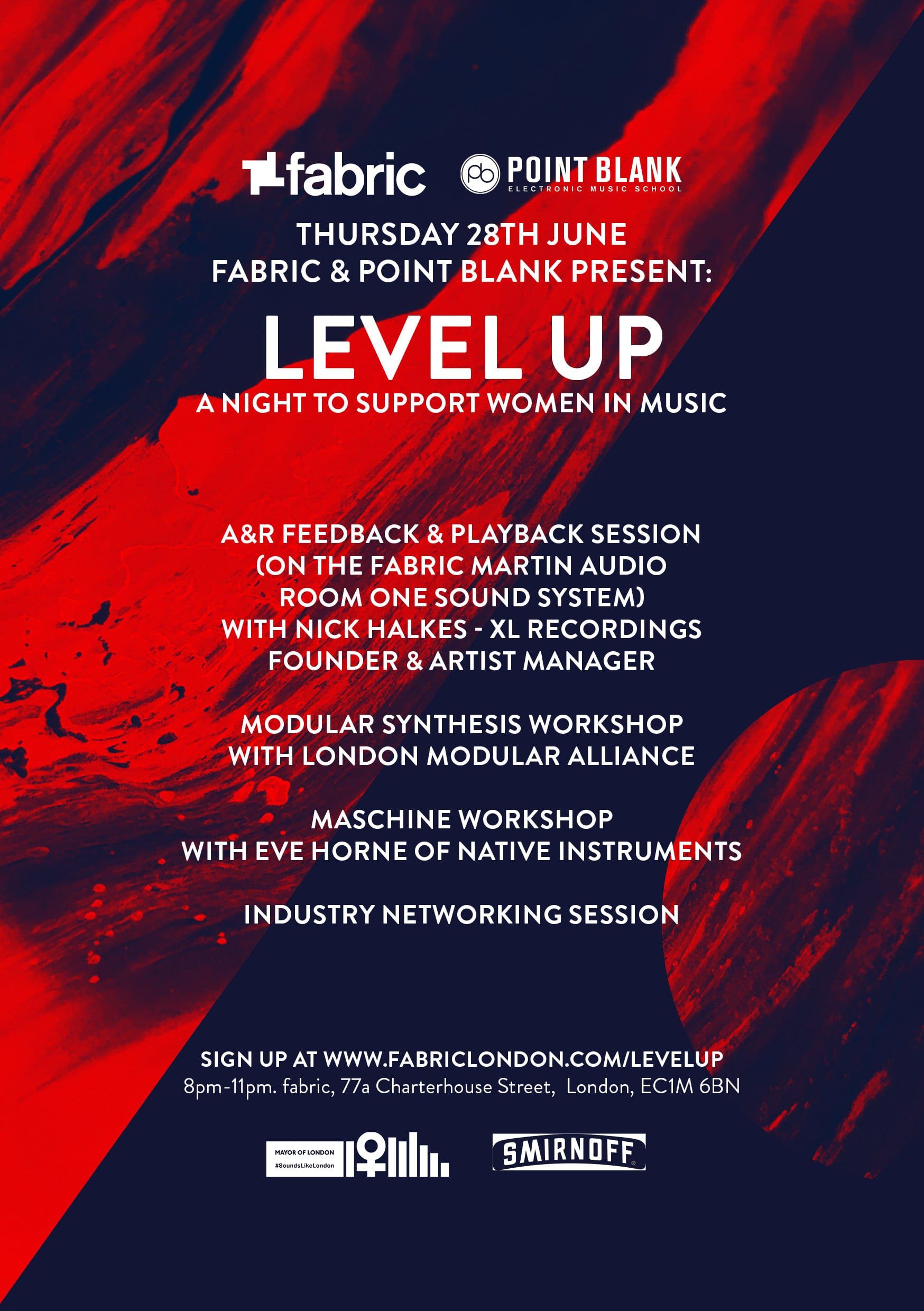 fabric and Point Blank Music School have teamed up with Mayor of London & Sounds Like London, to celebrate and support women in music across the month of June.

On Thursday June 28th, we are hosting an industry networking evening and A&R playback session for female music makers. Nick Halkes, founder of XL & Positiva Records and manager of Liam Howlett, The Prodigy, Stanton Warriors, One Bit and more will be part of listening panel, offering feedback and advice on participants music.

Level Up is part of London Mayor Sadiq Khan's new summer campaign to support the capital’s grassroots music venues. Sounds Like London will also shine a light on emerging talent and young women in the music industry.

The campaign – Sounds Like London – forms part as the mayor's draft Culture Strategy – Culture for All Londoners.

Smirnoff have also lent their support to Level Up and will very kindly be providing drinks for the night.

A night to support women in music