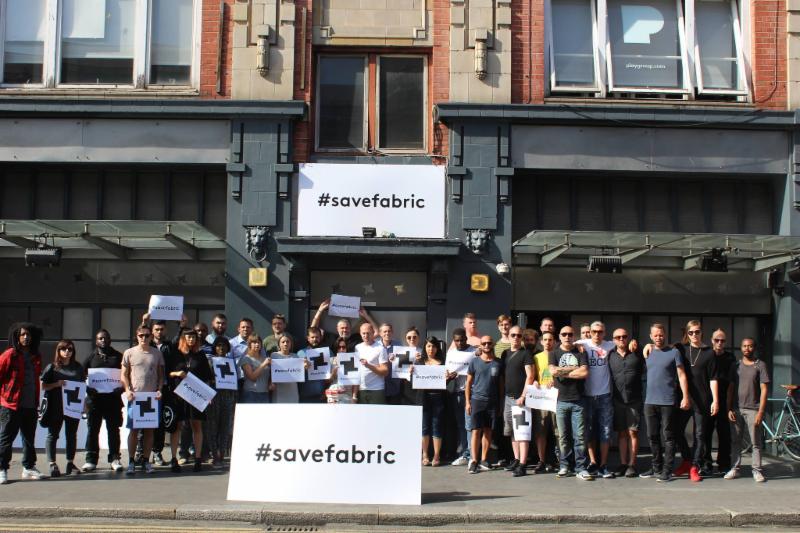 In light of the recent fabric closure, a move which could change London's cultural landscape forever, some of the UK's most prominent players in electronic music have joined forces for an exclusive run of winter dates in support of fabric's #saveourculture campaign.

The Warehouse Project, Circus, Chibuku, Team Love, Motion, The Blast, Sub Club, Eastern Electrics and Resident Advisor have come together to announce a run of shows spanning the capital, with all profits going towards fabric's fundraiser campaign.

Reflecting the level of talent that has been showcased every weekend over the club's 17-year history, the programming for the series draws inspiration from fabric's line-ups to ensure the soul of the club runs through each event.

The #saveourculture series will kick off at Great Suffolk Street on 15th October, taking place on the same date and inheriting the lineup which would have been fabric's 17th birthday. fabric staples Ricardo Villalobos and Seth Troxler will team up with resident Craig Richards for a rare three-way set in Arch 1; while Berlin's Ben Klock and Rødhåd will be joined by fabric resident Terry Francis in Arch 2.

Following this, Nina Kraviz touches down with Alan Fitzpatrick on December 3rd, while Jamie Jones plays alongside Kink on December 10th.

Tickets for all shows are on sale via RA on Friday 30th September at 9am, with all profits going to #saveourculture.
The show must go on…