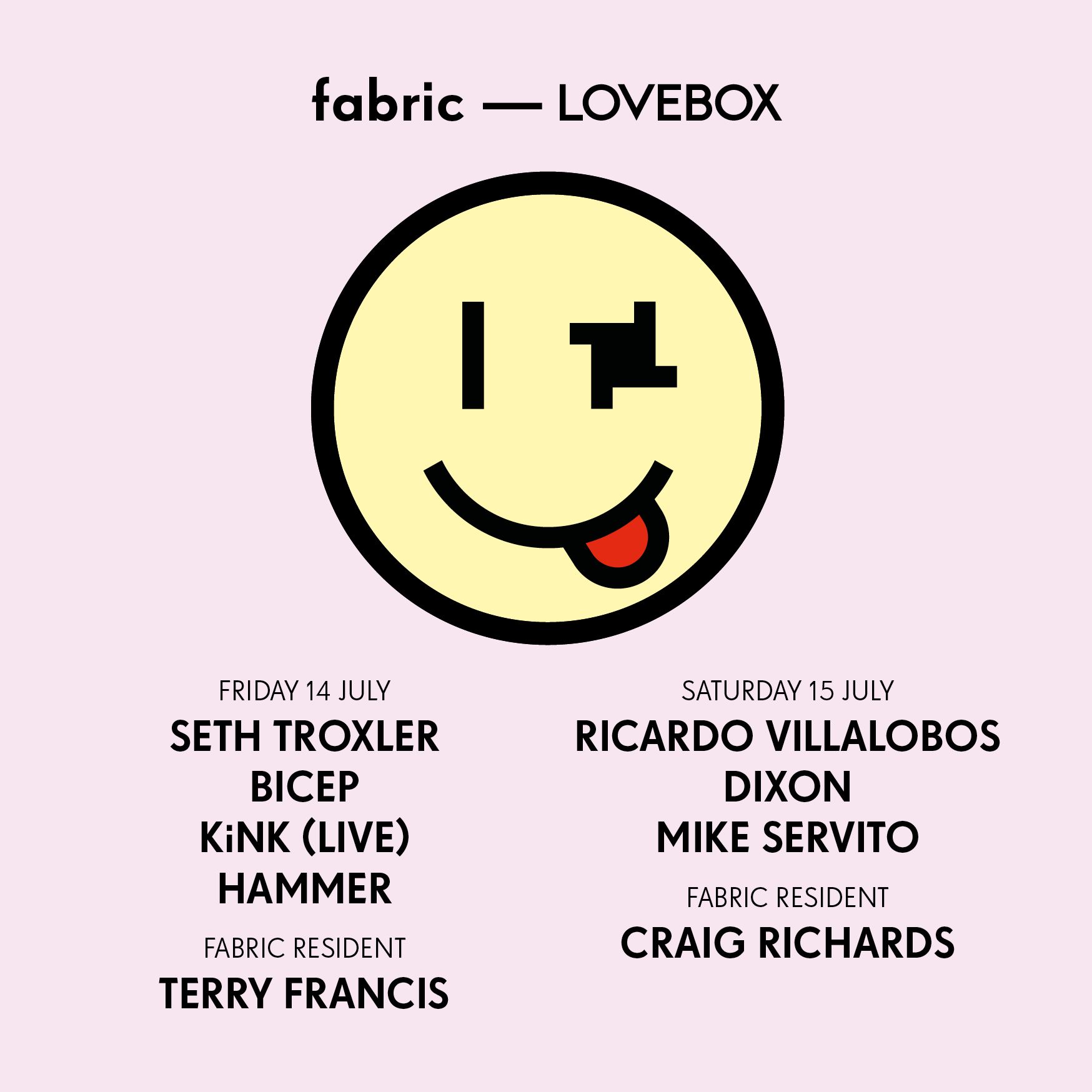 Last year, fabric made our festival debut. Taking their first steps outside of our basement space in Farringdon – we linked with Lovebox and Pioneer Pro Audio to deliver the sound, ethos and atmosphere that we pride ourselves on to Victoria Park. It was an experience they were proud to pour our essence into and something that they’re delighted to be doing again, this summer as part of Lovebox’s 15th anniversary.

There’s been a lot of talk about Pioneer Pro Audio’s delivery of sound not only last year at the festival itself but also in Room Two in EC1 where their new system has rightly being getting a hefty load of props. They fully excelled themselves in bringing a dynamic, warm and powerful sound to the field in 2016 and this year they will be back working hand in hand with our technical team to bring this high-spec club quality audio to our stage at Lovebox as our exclusive audio partner.

This year too, we’re setting some of our most integral regular guests and fabric family alongside our residents over the two days of the East London festival. Friday night sees Seth Troxler lead proceedings with his charismatic hold on techno. Bicep will also be in tow, bringing along with them their distinct sound that draws from IDM, electro and the acidic echelons of electronic music. Famed for having one of the highest calibre (and engaging) live sets around KiNK will also be performing. Elsewhere on this first day, Bicep associate Hammer will also join Troxler and co alongside our long standing resident Terry Francis.

Saturday sees Ricardo Villalobos head the bill. A quarterly resident here in Farringdon, Villalobos’ late morning through midday celestial digging sessions are always historic occasions and he’s set to bring a touch of this magic along with him to Lovebox. Also, one of the most highly regarded DJs for nuanced-yet-affecting progressions Dixon is confirmed to perform. Finally, resident at New York’s Bunker club Mike Servito is also set to join us as is our own musical director and resident Craig Richards.

As with last year, we’ll be bringing the party back to Farringdon after the festival winds up on both nights – the details of which are to be revealed nearer the time.

Lovebox takes place this July at Victoria Park in East London on the 14th – 15th July.
Additional information can be found on the Lovebox website: www.loveboxfestival.com.