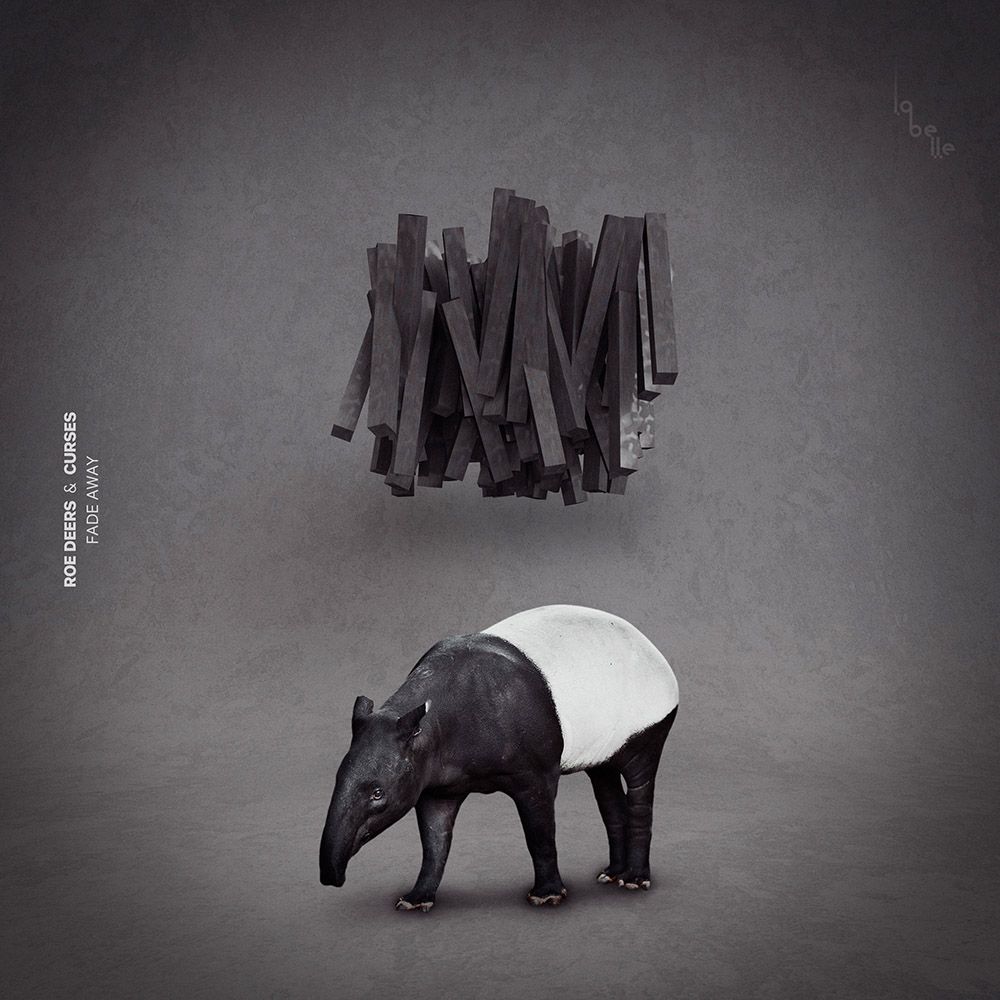 Roe Deers is a Lithuanian-based audio-visual project by Liudas and Oskaras, two close friends who have released on the likes of Magic Feet, Omnidisc and Nein Records. Curses is the dark and romantic moniker from New York City native Luca Venezia who mixes Italo, electronic music and rock and roll into thrilling new sounds. He did the vocals here in one take and sang into a digital delay and stomp box through an old cycling 74 max patch.

“'Fade Away’ is an anthem against prejudice, as it’s time we all fade into one and get lost together in the party” he says. Roe Deers, meanwhile, recounts that they made the music on a sunny day with lots of long and live guitar takes. It results in a raw sound, whilst second track, ‘To The End’ was inspired by Fisherspooner.

First single ‘Fade Away’ is five brilliantly brisk and bristling minutes of rugged and filthy guitar licks, loose drums and gothic vocal work. It makes for an angsty and angular tune that will awaken any ‘floor with real attitude.

‘To The End’ is quicker, with clever effects and metallic hits all wired up with tons of FX and wobbly bass. It’s a robust and textured track that has great energy and drive, as well as plenty of sleaze.

Indonesian producer Jonathan Kusuma is co-founder of space.rec and Akamandy Records and reworks ‘Fade Away’ into a prowling and low slung groover. It’s menacing and dark, with fat bass and smeared synths bringing real tension and a psyched-out feel.

This is a superb EP of analogue and gritty post-rock electronic sounds.