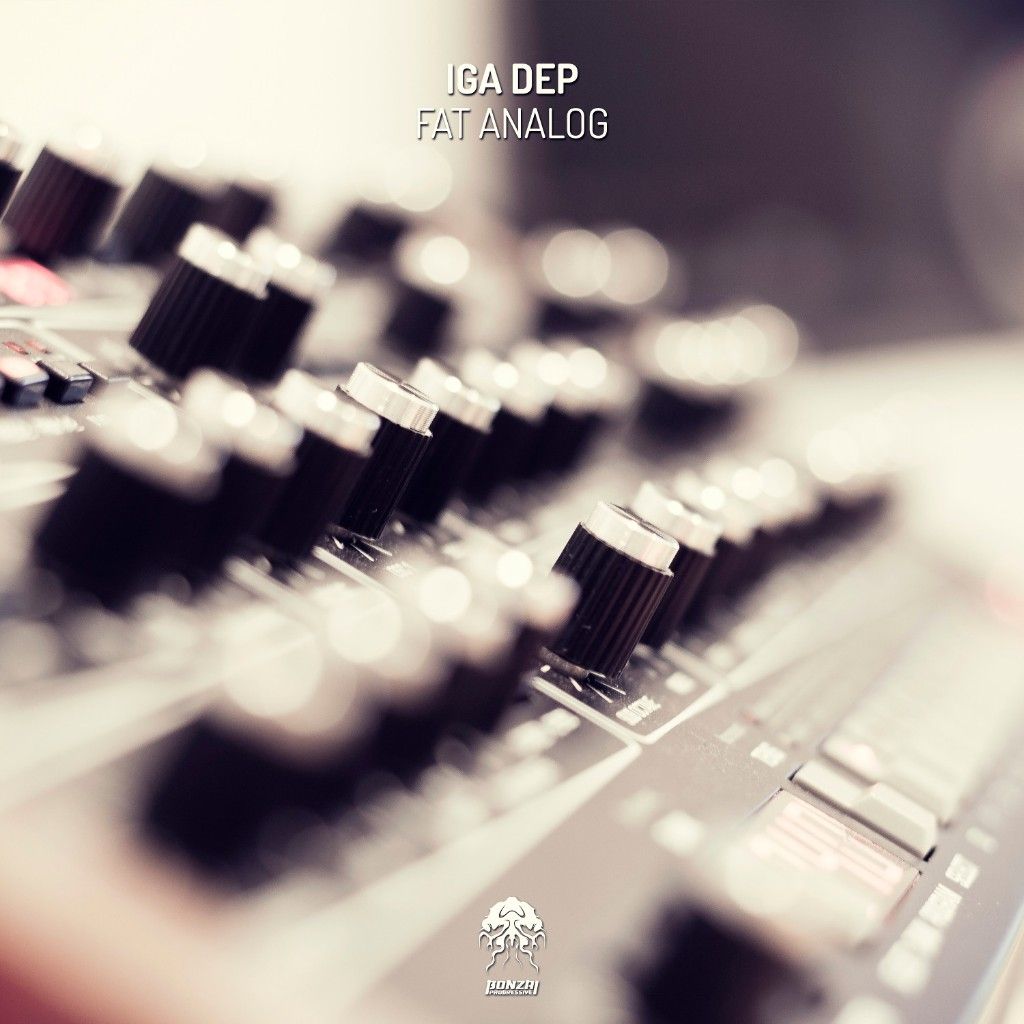 Iga Dep returns to Bonzai Progressive with the fantastic two tracker ‘Fat Analog’ which comes with remixes from two hugely talented artists, Stan Kolev on Fat Analog and Van Czar on ‘Arctic Human’, as well as original mixes for both tracks. Iga Dep is fresh off the back of his debut for BP – ‘Indigo’ – which proved popular among many having charted very well indeed and getting a run out from many jocks. No doubt this one will follow suit, we just love it here in the office.

First up we have the original mix of ‘Fat Analog’ and as the title suggests you can be sure there'll be plenty of phat analogue goodness. Right from the off we're faced with that warm traditional Electronic music sound in the form of deep rich pads and basses alongside a very cool low spoken vocal. Punchy kick drums and shuffling percussions deliver a solid rhythm as superb classic sounding synths come into play. The synths are twisted, filtered and modulated throughout creating a lot of movement in the track making this a definite dancefloor monster.

Miami Beach based purveyor of fine grooves Stan Kolev is up first on remix duties on ‘Fat Analog’delivering yet another tantalising hybrid Prog Tech vibe for our listening pleasure. Stan's last outing for BP was the aptly titled ‘Breathless’ back in September 2016 and this one saw great support in charts and on the floors. He also appeared on several Bonzai compilations last year which is no wonder given his superb sound. Here he does the original mix proud in retaining that warm analogue sound. A deeper groove ensues thanks to a pulsating bassline and accompanying mid range synth lines. A hypnotic arpeggio cascades through the track alongside a beautiful vocal with the tight drums dishing out a flowing rhythm. Top-notch stuff.

The Original Mix of ‘Arctic Human’ is up next and takes us deeper with a super tight groove that will certainly keep the floors rocking long into the night. A tight drum section leads the charge with chunky kicks and percussions setting the pace. A sinister sounding spoken vocal gives the track an edge while various electronic bleeps and blips build up the layers alongside quality FX. A tough groover for sure that is not to be missed.

Belgian Technoist Van Czar heads up the remix on ‘Arctic Human’ with his Club Remix, which will definitely light up the floors. 2017 has started off very well for Van and his own label CZ. Already this year he's seen several quality cuts hit the shelves and the decks including his very own CZ Clubbing release which has gained great support. An exciting time lies ahead for this guy, as he will have a remix out on the legendary KMS Records, well worth keeping an eye on. The remix is delivered in true Van style, pumping beats and abyss level basses that will give the bins a rattling. A hypnotic slice filled with cool synths and driven by a Tribal drum section and that solid, deep bassline. Dark vocals litter the groove and add intensity while those super tight beats keep the energy levels peaking. Excellent stuff once again.