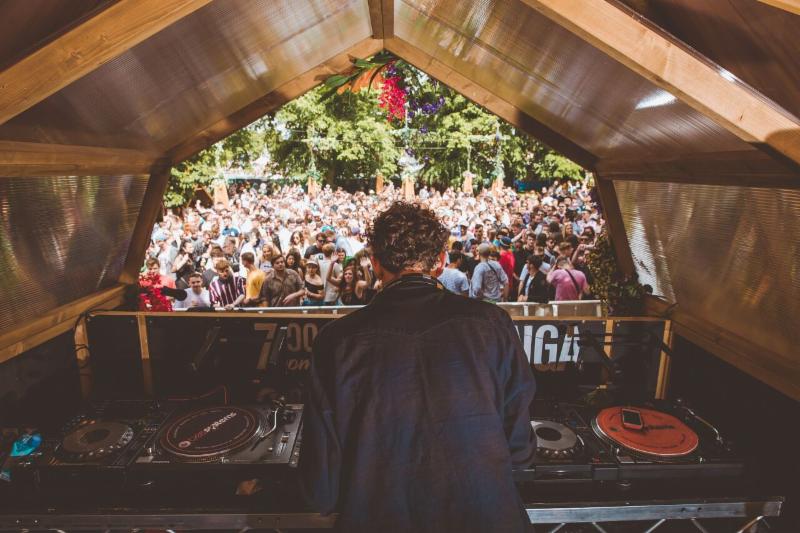 Striding into their seventh year, Love Saves The Day are excited to reveal Fatboy Slim and Sampha as the headliners for the 2018 event.

Following a successful residency at Amnesia in Ibiza this summer, superstar DJ and producer Fatboy Slim will make his long-awaited return to Bristol on Saturday 26th May. The legendary DJ and producer who, over the last 20 years, has helped shape the dance and electronic genre will make his Love Saves The Day's debut on the festival's main stage, nearly 5 years after his last Bristol show.

Sampha will also be headlining Eastville Park in 2018 on Sunday 27th May. His distinctive, soulful voice has appeared on songs by the biggest names in US hip-hop and R&B including Beyoncé, Drake, Solange and Kanye West. This year he won a Mercury Prize with his debut album Process, solidifying his position at the fore of his field.

In previous years, Love Saves The Day Saturday has been more house and techno leaning, with day two of the event putting the emphasis on a more bass, dub and grime sound. In 2018, brand new stages will be showcasing a diverse range of genres and music styles throughout the weekend, as Love Saves the Day continues with its aims to combine the best of Bristol's thriving underground scene with pioneering artists across the globe, in one buzzing, unified space.
Saturday 26th May will welcome stages hosted by The Blast, Numbers presents Mastermix, Crack Magazine, Futureboogie and Horse Meat Disco, whilst Sunday sees RUN, Knee Deep In Sound, Percolate, Hold Tight and Artwork Presents Art's House.

Like in previous years, festival goers will also be able to catch Shambarber, Twisted Theatre, Bump Rollerdisco, Inflatable Church and the Brystal Maze throughout both days of the event. Whilst Just Jack and Teachings In Dub also return, this year hosting smaller, conceptual stages with plenty of surprises across the whole weekend.

Tickets are on sale now via the Love Saves The Day website www.lovesavestheday.org