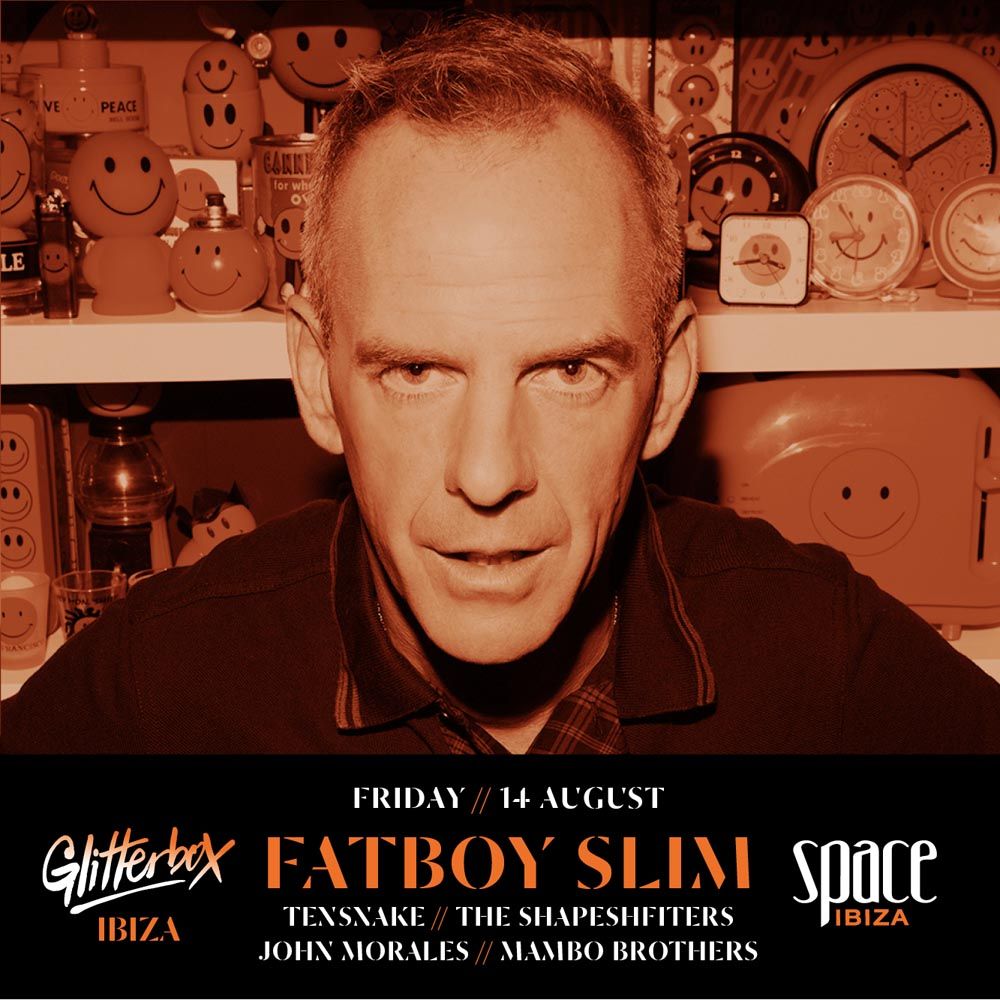 We’re officially halfway through Glitterbox’s 2015 season at Space Ibiza, and with the scale of line-ups confirmed throughout August, Friday nights in Playa d’en Bossa are genuinely unmissable.

Last week Def Mix legend David Morales was joined by Claudio Coccoluto, Joey Negro and Heller & Farley, with Ultra Naté bringing the soulful vibes with a stunning Live PA. The musical heritage of these seminal artists didn’t go under-appreciated by the crowd, and the vibe was sensational from start to finish.

The line-ups for the rest of August are equally as impressive. This Friday, international superstar Fatboy Slim headlines Glitterbox for the first time with a very special house and disco set, he’s joined by Tensnake and The Shapeshifters amongst others.

Basement Jaxx, Dimitri From Paris, Hercules & Love Affair (Live) and Late Nite Tuff Guy are just a few of the names set to appear in the remaining weeks of August – all making the party that recaptures the true spirit of the White Isle white hot.

Glitterbox began the summer with an opening party that Ibizan media hailed as one of 2015’s best. It’s where you’ll find Ibiza’s resident party crowd and international fashion designers sharing the dancefloor with European club kids, whilst the DJs stay on to party long after their own sets have finished.

If there’s one band that embodies Glitterbox’s spirit, and shares its belief in the transformative power of house music, it’s Hercules & Love Affair, whose ringmaster Andy Butler cites Glitterbox as “a beautiful foray into creating a party focused on connecting the dots between genre, generations…” With the legendary Space Terrace as the backdrop, their first live show was one of the highlights of the summer so far.

Advance tickets for Glitterbox at Space Ibiza are available now from: bit.ly/glitterbox