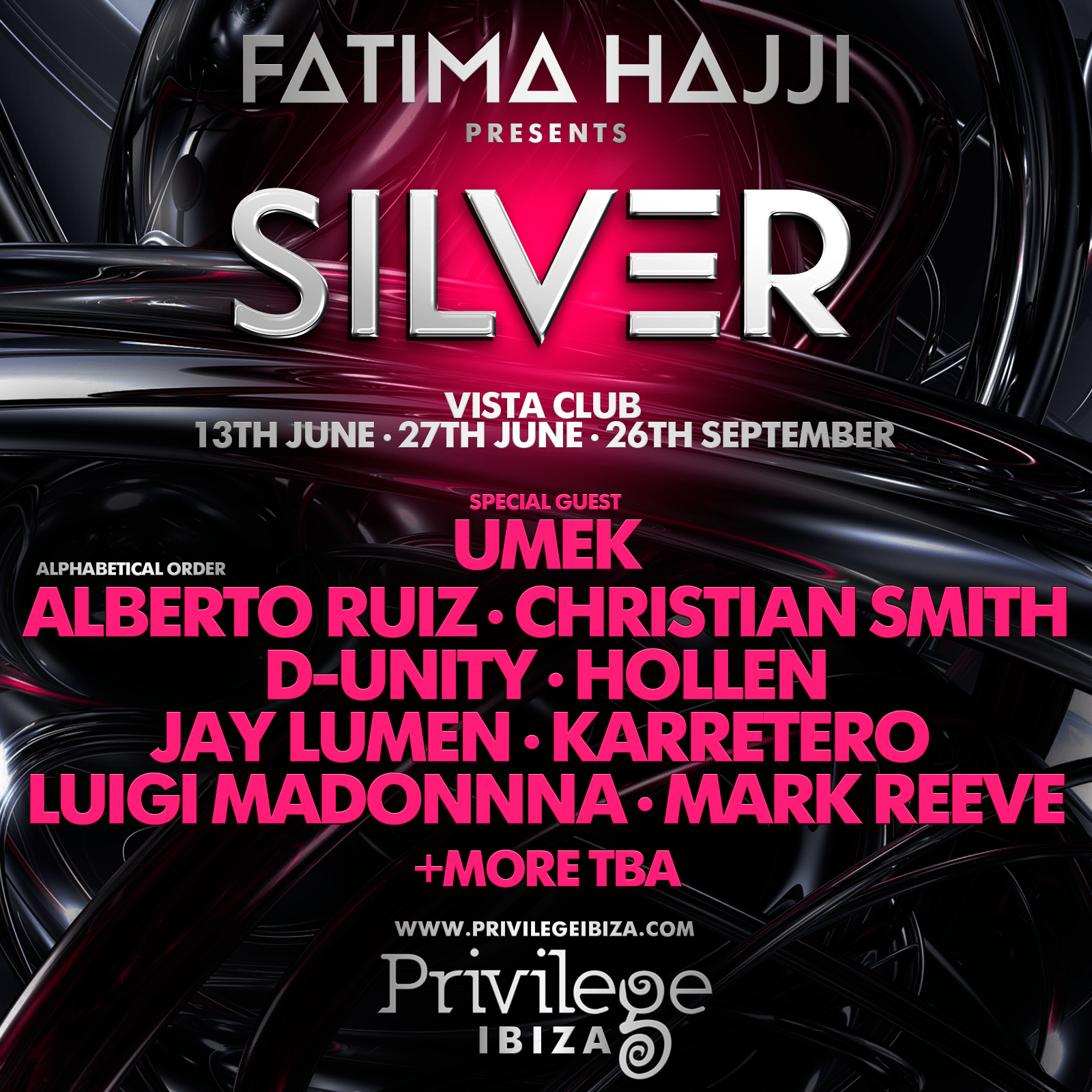 Silver M, the brand and record label of one of the world's techno queens, will make its grand debut at Privilege Ibiza this summer. The Silver M events at the world´s largest club will take place on June 13th , June 27th  and September 26th.

Three masterful sessions of visceral techno at the same time faithful to the unstoppable, demanding and danceable roots of Fatima Hajji. There is no doubt about it, the White Island will welcome her vitality and sound with open arms.

Among the first confirmed artists for the events are the likes of Umek, Christian Smith, Jay Lumen, Luigi Madonna, Mark Reeve, D-Unity, Hollen, Alberto Ruiz … and more to be announced soon.

You can now get your tickets for all 3 events at www.privilegeibiza.com