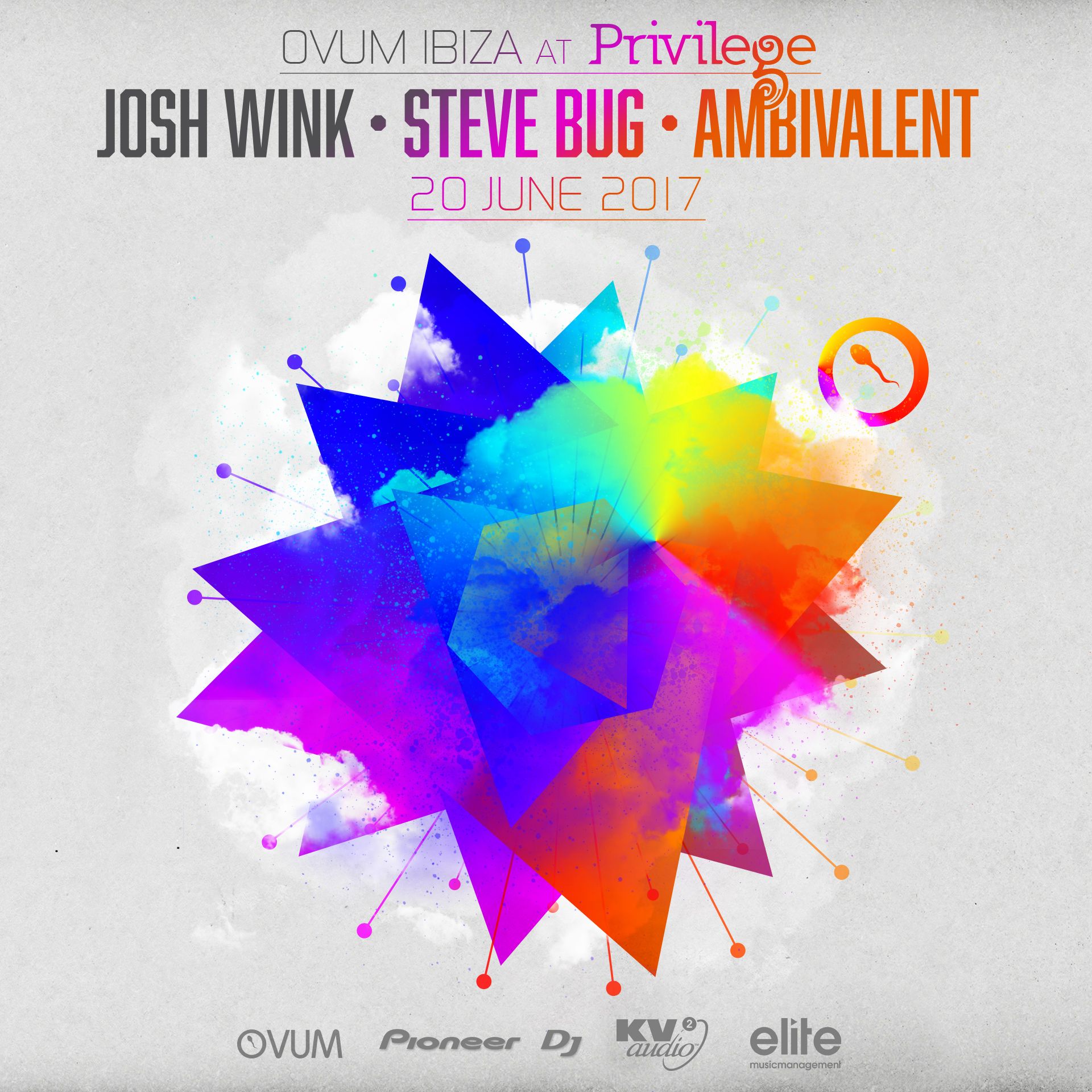 Holding down the energy in the Vista Club, Wink brings special guests and friends including Poker Flat label head, Steve Bug, with both Wink and Bug playing individual sets and going back to back, and Ambivalent, a Berlin based artist who has released on Ovum, Cocoon, Minus, Mobilee and more.

This is the year of change in the world´s clubbing capital and the dawn of a new era for the biggest club in the world.  Having undergone something of a refurbishment Privilege is all set to sparkle once again in 2017, the perfect place to host the one-off Ovum special on 20th June

Josh Wink is one of the world’s most renowned and respected DJs and producers. Over 25 years working dancefloors and musical frequencies, he made seminal electronic classics including ‘Higher States of Consciousness’, ‘Meditation Will Manifest’, ‘Don’t Laugh’ and you can check his latest EP release ‘Resist’ here.

Tickets for the one-off  Ovum special at Vista Club are now on sale at www.privilegeibiza.com