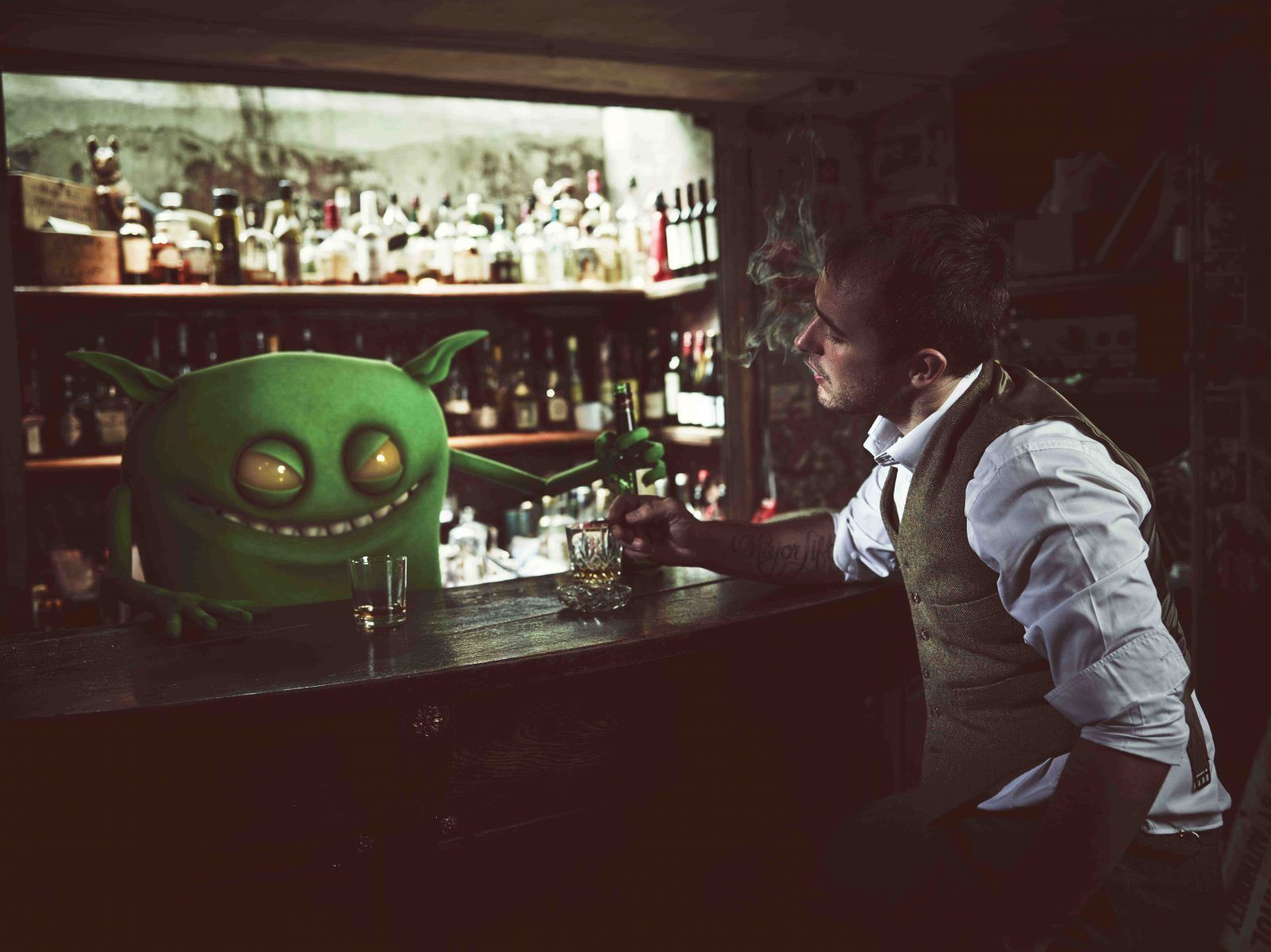 One part English eccentric, one part electronic music whizz, Feed Me aka Jon Gooch aka Spor aka Seventh Stitch (his electronica side project) prefers to do things differently. ‘Calamari Tuesday’ is Jon’s first full-length album.

You’re just as likely to find Feed Me sharing a bill with the likes of Foals, The Prodigy, 2ManyDJs or Bjork, than with rank and file EDM DJ/producers, and he sells out the kind of live venues most of the latter can only dream of (often playing multiple shows in each city). He doesn’t DJ. He collaborates with bands like Crystal Fighters (‘Love Is All I Got’ is included here). And he’d rather do press interviews through his alter ego, a character named Feed Me from which this project takes its name.

On the live front, Feed Me sold out a 20 date US tour earlier this year, and then returned for a sell out ‘homecoming’ gig at London’s Forum (which followed 2012’s sell out show at the Electric Ballroom), where he debuted material from the album. London witnessed the kind of immense light and laser show and production that has accompanied his festival shows for Fuji Rocks, Exit festival, Reading, and Leeds – occupying the stages once reserved for the Chemical Brothers, Underworld and other live electronic music acts from the genre’s 20th century heyday.

When most people envisage a futuristic interface between man and machine, they likely picture 7 foot gleaming cyborgs a la Hollywood’s age-old vision. Not Gooch. His perfect symbiosis between man and machine is about 3 foot tall, green, and boasts the kind of teeth that would make Sigourney Weaver think twice. Feed Me was created by Jon and built with the help of animatronic genius, John Nolan, who’s worked on projects including Harry Potter, Dr Who, Clash Of The Titans and many more.

Musically, ‘Calamari Tuesday’ shows that peaktime electronic music can be a thrill ride for the mind as well as the feet. It bristles and crackles with energy but shuns the default setting you’ll find amongst certain plug-in obsessed peers. This album represents Jon and Feed Me’s journey so far, resembling something of an aural biopic of them both to date. He says many of the lead synth lines “were created by the pair in his Hertfordshire garage and fashioned from common household goods”. We suspect he might not be telling the truth, but that’s Feed Me.

‘Calamari Tuesday’ is released on Jon’s new label, Sotto Voce, which will be home to all his Feed Me exploits and releases from other artists.

Jon said:
“This is my first full-length album. It represents a journey through various styles of music, 2 years of intensive touring around the world in a variety of incredible locations, and the construction of my live show and imaginary friend, from sketches into tangible reality. It’s something I now see as a collaboration between me and Feed Me. It’s very serious.”