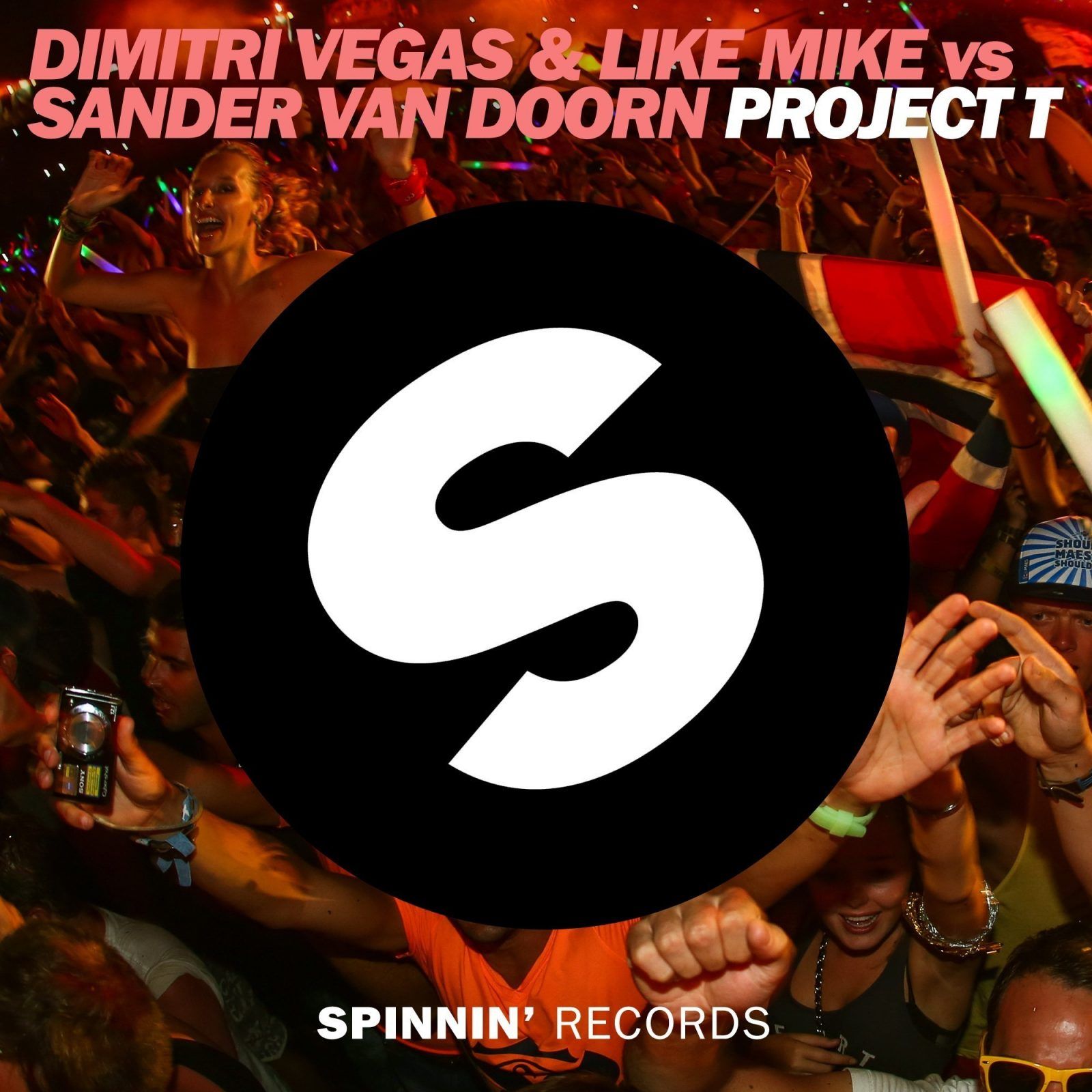 ‘Project T’, the massive collaboration between Dutch powerhouse Sander van Doorn and Belgian superstars Dimitri Vegas & Like Mike, is out now on official download exclusively on beatport through Spinnin’ Records.

The track, first heard on the huge Tomorrowland 2012 aftermovie – which with over 90 million views on YouTube is the world’s biggest festival recap ever – has been a surefire hit with fans and has become one of the most eagerly anticpated tracks of the year so far.

A reworking of Sander’s ‘Outro’ which was itself a reworking of the classic XX track ‘Intro’, the single has been doing the international rounds in the record boxes of the biggest EDM superstars out there, including David Guetta, Steve Aoki, Nicky Romero, Diplo, Armin Van Buuren, Dada Life and Bingo Players. Containing the exhilarating builds and monumental drops Dimitri and Mike are world renowned for, the brothers combine seamlessly with Sander to create a tender and emotional sound that will leave the ears of music lovers everywhere wanting more.

Dimitri Vegas & Like Mike vs Sander van Doorn – ‘Project T’ is out now on Spinnin’ Records exclusively through beatport.