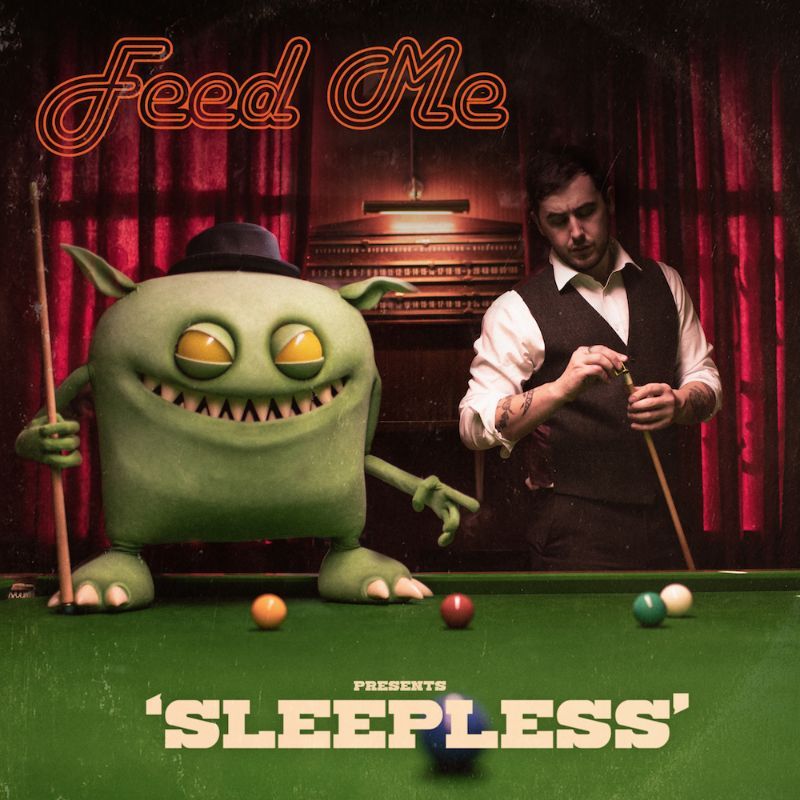 Feed Me has released his second single 'Sleepless' off his new album 'High Street Creeps' that’s due out February 22 on mau5trap. The track is an electro banger that uses Feed Me’s hard-hitting, uniquely-distinguishable sound.

'High Street Creeps' —a namesake taken from the notorious 1980s Hertfordshire pheasant poaching ring–marks Feed Me's second full studio album, following his 2013 debut 'Calamari Tuesday'. Following up his debut with a string of Feed Me singles and EP’s, as well as a debut album for his alias Spor in 2015, 'High Street Creeps' marks the producer’s sophomore full length project. This album—which features 10 tracks that span a variety of production styles, some of which differ from what he’s delivered in the past–marksFeed Me’s ninth overall release on mau5trap.  'Sleepless'  is the follow up to the album’s first single 'Feel Love' feat. Rosie Doonan, released on February 8 to critical acclaim in the blogsphere:

In this emotional track [‘Feel Love’], Rosie Doonan's voice could fill an empty arena. Enticing us with lyrics that tug at our heartstrings and making us stay for the infectious beat, this single is something special. – MTV

About Feed Me:
Until he debuted his alias Feed Me in 2008, Hertfordshire, England-native Jon Gooch was known for his aggressive, hard-edged drum'n'bass productions as Spor. While Spor remained an ongoing outlet for Gooch, the producer quickly gained notice for his dubstep/electro-house hybrids as Feed Me; he signed to deadmau5's mau5trap label and issued 'The Spell' (2008) and the album Feed Me's Big Adventure (2010), as well as the EPs To the Stars (2011) and Feed Me’s Escape from Electric Mountain (2012). He also increased his profile by remixing the likes of Chase & Status ('Let You Go'), Nero ('Innocence'), Gorillaz ('On Melancholy Hill'), and Robyn ('Call Your Girlfriend'). Calamari Tuesday, his second album, was released in 2013 reaching #1 in the U.S. dance charts followed by EP’s 'A Giant Warrior Descends On Tokyo' in 2015, 'Feed Me's Family Reunion' in 2016 and 'Feed Me’s Existential Crisis' in 2017.