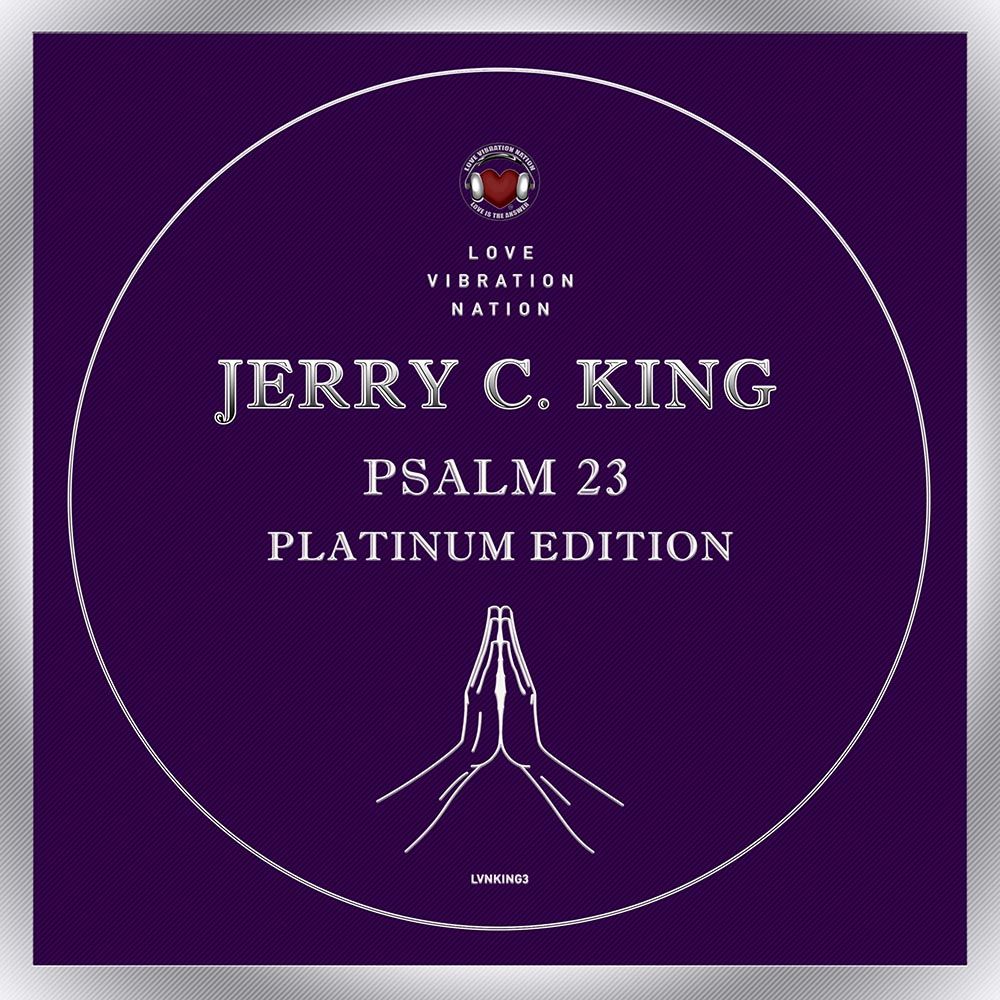 Distributed by Sony and MN2S.
Chicago House Legend Jerry C King is back on Love Vibration, working with label bosses The CoCreators to bring you Psalm 23 Platinum Edition. In 2018 Psalm 23 Gold Edition, shocked the world and was a smash hit release that received support all around the world from Ibiza to Awakenings and back again. The CoCreators Anointed Mix won the number 12 Progressive House of 2018 based on all sales and streaming stats worldwide on all outlets as well as Number 1 status Traxsource and Kiss FM Australia.
Now, The much anticipated Platinum edition arrives with mixes by The CoCreators, DJ Skip and Fat V from S & S Records plus Didier Vanelli.

The CoCreators offer 4 options including Platinum House, City, Radio mixes and Special Extended Mix. Their House mix is packed with funky throwback synths that sound like they came out of Prince's Minneapolis studio surrounding a perfectly delivered vocal by Jerry C King. Progressive House at its best. The CoCreators Platinum City Mix puts a more straight urban funk feel to the track with tougher drums that would sit well in a setting where Hip Hop was being played. The Radio Edit is the shorter version of this mix and the Special Extended Mix is for discerning djs in the club who know who to work a record with an extra keyboard solo not featured in the house mix. Of course all The CoCreators mixes feature their trademark massive breakdowns.
Chicago based S and S records bring the heat with a straight up house mix and Didier brings a Latin House flavor straight from the Miami dance floor scene to round out the pack.

This is expected to be a massive release for Love Vibration Nation with major support from their distributors Sony and MN2S. #TGBTG