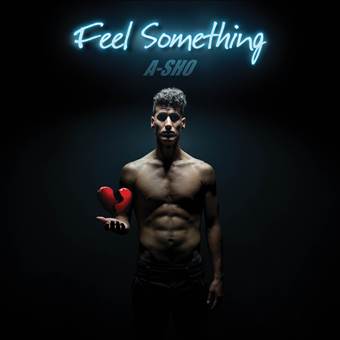 ‘Feel Something’ flaunts a melodic bassline and shimmering synths chords, intertwined with A-SHO’s smooth vocal performance. Teaming up with DJ/producer David A on this release, A-SHO’s emotive yet infectious single marks a new, exciting chapter for the singer – as he’s now signed to Sony Music Entertainment Canada.

“We become so comfortable at hiding behind our screens that we sometimes numb ourselves from experiencing authentic human connection,” says A-SHO of the track. “It's a very personal song, but wrapped up in an electronic dance package.”

After releases on major dance labels such as Armin van Buuren’s Armada and Revealed Recordings, Adam Shomer aka A-SHO catapulted into the public eye in 2015 following the release of his breezy, feel-good collaboration ‘On My Way’ with UK-based producer XYPO. A solid display of A-SHO’s effortless vocal abilities, the single received over 3 million plays on Spotify alone.

Following up these successes with singles on indie label Higher Reign, selected as a ‘One To Watch’ artist by renowned Canadian station, Rogers Radio and festival performances across the country, it is easy to see why the Montreal native has become an acclaimed figure tipped for stardom by several corners of the dance music community.

Inspired by R&B hitmakers including Usher, The Weeknd, and Miguel, as well as old-school soul acts like Seal and Earth, Wind & Fire, A-SHO is intent on writing and recording music that combines honest songwriting with groove-led house-focused beats.

A vibrant and exciting production, ‘Feel Something’ serves as an aural embodiment of a combination of the Canadian’s musical influences, cementing A-SHO’s status as the hottest export coming across the pond right now.