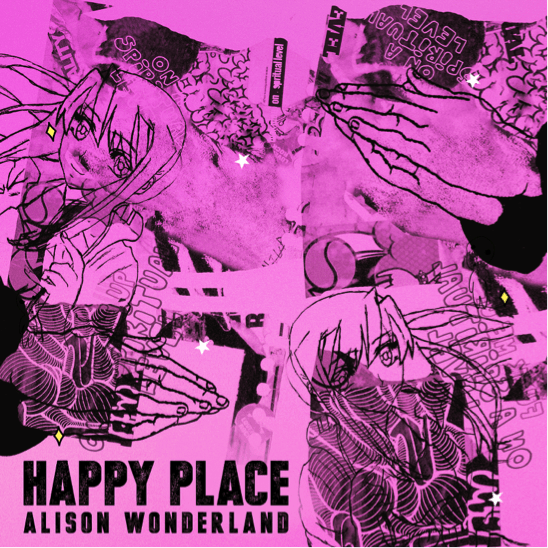 Alison Wonderland has dropped her new single ‘Happy Place’ (Listen HERE) fresh off the back of her huge 23 date, 40,000 ticket selling US tour. The release marks Alison’s first new solo music in over two years and a fitting curtain raiser for her next single, which will be unveiled in the first quarter of 2018.

Having teased the track in her incredible live shows and a snippet in her recent month long triple j mix-up residency, ‘Happy Place’ was co-produced by Lido (Halsey), Quix, and Joel Little (Lorde). The release coincides with a highly anticipated run of Australian tour dates for the Wonderland Scarehouse Project, an outdoor multi-stage festival in Sydney, Melbourne and Brisbane in December, with a massive local and international line up.

An internationally recognised DJ and producer, Alison has played at some of the world’s biggest festivals, including the mainstage of EDC Las Vegas, and will head to South America this spring to play Chile, Argentina, and Brazil for Lollapalooza. In addition to touring, Alison Wonderland is also putting the finishing touches on her second album, set for release in 2018, the follow up to 2015’s breakout success ‘RUN’