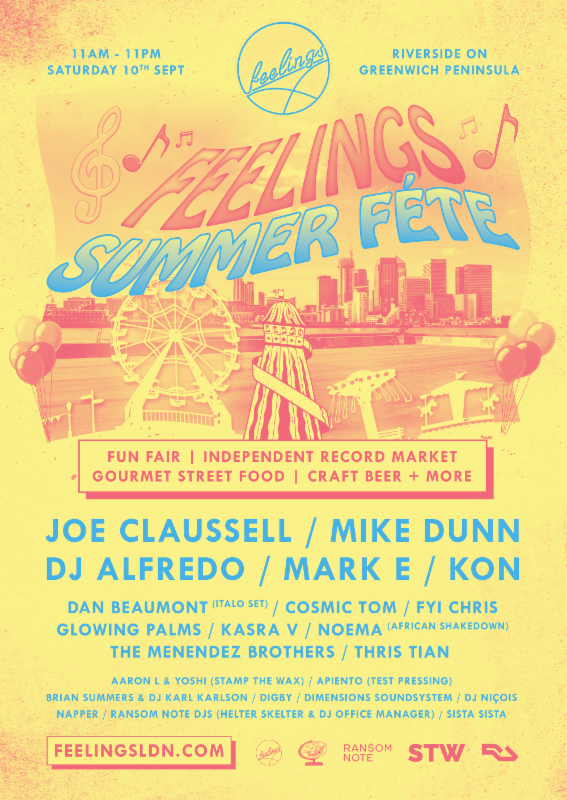 Culminating the themes from two years of parties, the music offering at Feelings Summer Féte will be calved out into three distinctive zones.

Dressing each arena in accordance with the soundtrack, Feelings have pulled out all the stops for the Summer Féte, adding an independent label market, fun fair, craft beer and mouth-watering street food to keep party-goers entertained, plus upcoming after party announcement to make the most of summer's last throws.
FEELINGS SUMMER FÉTE LINEUP

ALL TICKETS AVAILABLE AT:
https://feelingsldn.eventcube.io/events/4569/feelings-summer-fete