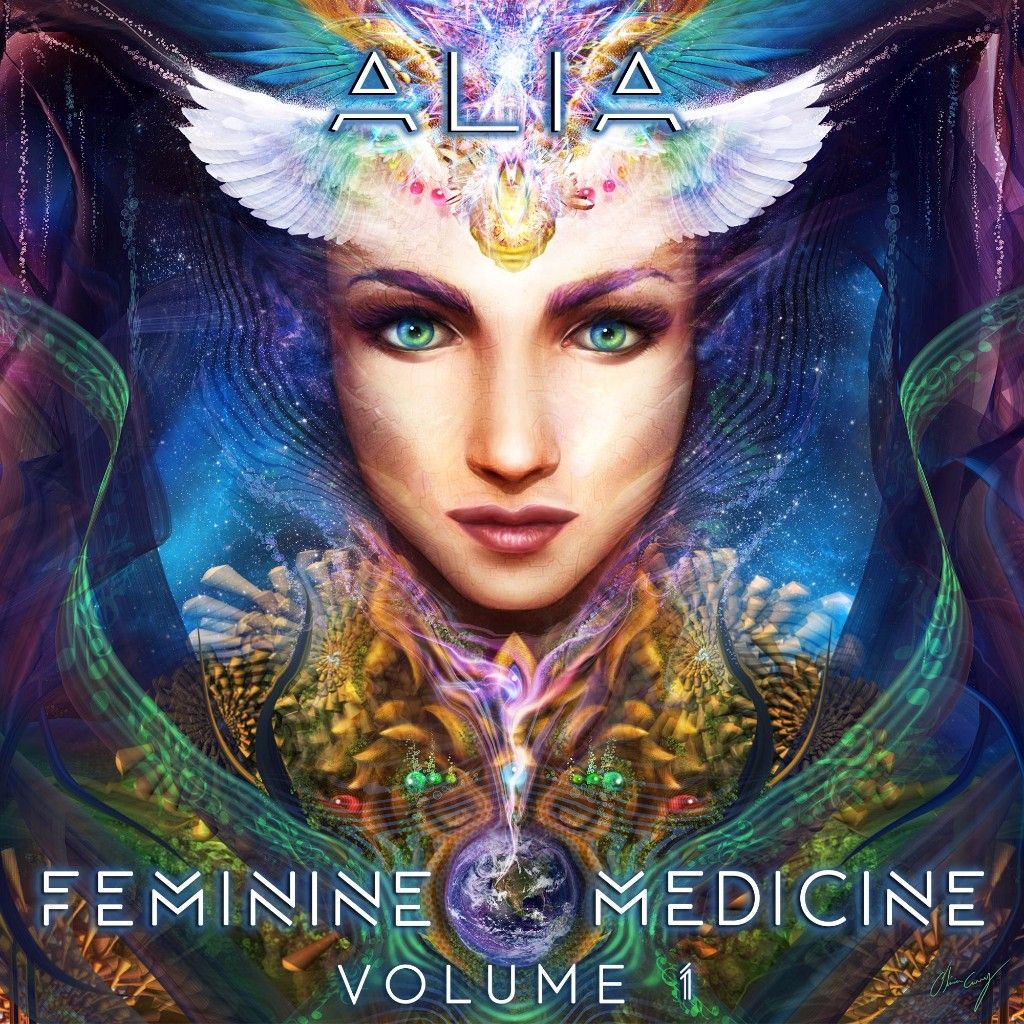 ALIA is the visionary behind Feminine Medicine™, a series of collaborative original music albums and stage shows that brings more feminine voices to electronic dance music. After years performing in the festival scene, ALIA set out to co-create with her favorite female artists when she noticed that few other women were being featured on electronic music stages, and that only 3 of the Top 100 DJs in the world are female. Volume 1 of Feminine Medicine features ALIA’s collaborations with numerous other female musicians including revered bass music producer Imagika Om, and revered indie vocalists Heather Christie and Ixchel Prisma.