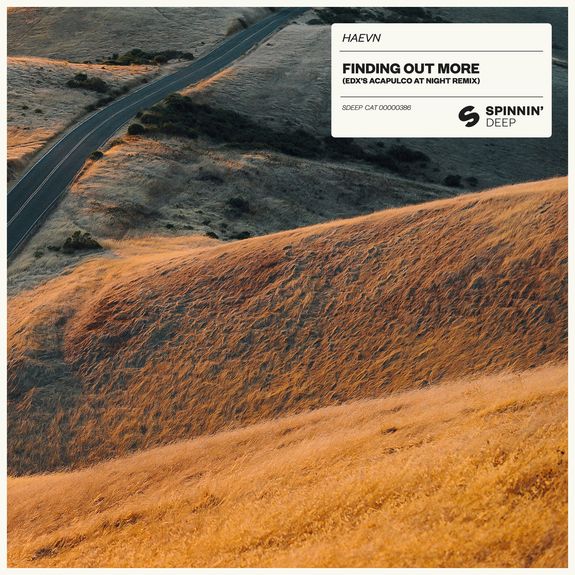 It’s not even officially summer and Swiss superstar producer EDX is ‘one for one’ with his fifth release of 2017 in as many months. This time, he takes on the official remix reins for Dutch pop stars HAEVN on their single ‘Finding Out More’.

Out now on Spinnin’ Deep, EDX once again proves himself a master craftsman of the remix, hitting the musical mother lode with a laid-back, sun-drenched, melodic edit that blends padded percussive lines with warm piano and guitar rhythm sections, and a sumptuous vocal line from HAEVN lead singer Marijn van der Meer.

His partnership with HAEVN – who themselves have scored over 6 million plays on Spotify with the original version of ‘Find Out More’ – underlines the versatility that EDX brings to the plate, making him consistently one of the most exciting producers today. After his huge showing at Miami Music Week, with a mammoth eight performances across five days, plus the ever-growing arsenal of tunes under his belt, EDX looks set to continue his ascent towards the upper echelons of dance music.

For full details on all EDX Tour Dates, see below: