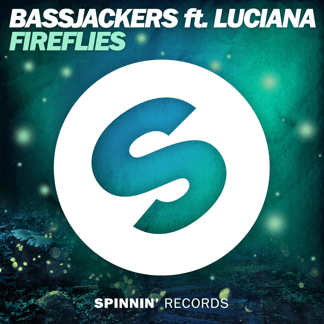 Formed back in 2007, Bassjackers have been well known players in the dance scene for many years. After their breakthrough in 2011 with dancefloor bomb ‘Mush Mush’ DJ Marlon Flohr and producer Ralph van Hilst, who together form Bassjackers, followed up with numerous chart-topping bangers.

The Dutch duo alongside had hit collaborations with the likes of Martin Garrix, Afrojack, KSHMR, Dyro, R3hab and Showtek to name a few, as well as produced remixes for A-list artists including Rihanna, Enrique Iglesias, Moby and Ne-Yo.

Recently Bassjackers released ‘El Mariachi’ together with Jay Hardway. Now the duo is back with their newest track ‘Fireflies’ featuring Luciana, who is also dubbed ‘Queen of Electro’ as she has been the voice behind countess club anthems.

“We made the drop late last year and we always knew it was something special. We made 16 different versions until Luciana came into play. She provided the magic we needed to make it the way we felt it was perfect.”, explains Bassjackers.