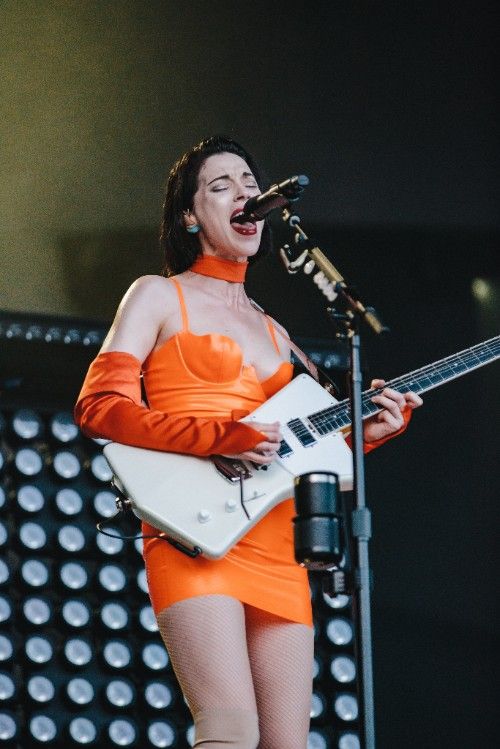 The inaugural All Points East has come to a close in spectacular style as the brand new festival based in East London played host to a second weekend of groundbreaking music.  Victoria Park was once again bathed in three days of glorious sunshine as the new festival concept was embraced by fans who enjoyed sets from some of the most definitive artists on the planet, the festival continuing to prove itself as a game changing addition to the London live music landscape. Friday saw indie fans descend on Victoria Park, as Catfish and The Bottlemen played their biggest headline show to date, bringing the first day of APE Presents… to a raucous close. Kings of melancholy The National topped the bill on Saturday, playing a career spanning sold out set which featured guest spots from The War on Drugs’ Adam Granduciel and folk trio The Staves. Emotional moments also came when frontman Matt Berninger dedicated ‘About Today’ to Frightened Rabbit singer Scott Hutchinson, who sadly passed weeks before. Fans waited in the baking sunshine in their tens of thousands for the iconic Nick Cave and The Bad Seeds on the sold out final day, and boy was it worth it, with a visceral, emotive performance for the ages, the most unexpected moments coming when Kylie Minogue appeared on stage to perform collaboration ‘Where The Wild Roses Grow’ as well as an epic close to the show with the audience invited up on the stage! The adoring crowd included celebrities such as Kate Moss, Liv Tyler, Bobby Gillespie, Tilda Swinton and more.

The JägerHaus also kept the vibe going all weekend, and was packed across all three days with sets from the likes of Marika Hackman, Sports Team, The Big Moon, Lost Under Heaven, Superfood, Pumarosa, Gengahr and countless others

The All Points East festival weekend saw some of the most exciting artists on the planet descend on Victoria Park. From The xx’s career defining show, set to a backdrop of an incredible electrical storm on Saturday night to LCD Soundsystem’s greatest hits set, the festival marked its territory in Victoria Park in spectacular fashion. Other highlights included a spectacular set with confetti cannons and pyrotechnics from the Yeah Yeah Yeahs, an epic show from Lorde, the Gallic charm of Phoenix and defining shows from Glass Animals and Young Fathers. Headliner Björk gave London her first festival show for Utopia, the acclaimed 2017 album. In typical Björk fashion, the staging was incredible, with the Icelandic icon creating a forest on stage and blowing the audience away!

Across the midweek days sandwiched between the two concert weekends, APE In The Neighbourhood hosted a programme of free activities in Victoria Park. The week saw a celebration of 100 years since some women got the vote and 90 years of equal voting rights.  A day of events included outdoor screenings of Moana, Suffragette and Made in Dagenham, a suffragette rally in partnership with Museum Of London and a panel and Q&A led by Helen Pankhurst, great granddaughter and granddaughter of Emmeline and Sylvia Pankhurst – two leaders of the British Suffragette movement.  Other activities over a free community focused midweek will include free outdoor cinema, live music & entertainment, street food, pop up bars, theatre, arts, sports & wellbeing, children’s activities and much more.

A truly unique festival environment, an excellence in production, facilities, hospitality and customer service unlike anything seen before in Victoria Park underpinned the entirety of the 10 day event.