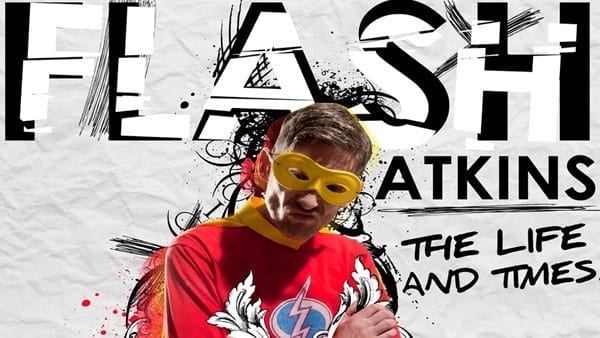 Flash Atkins has followed up the acclaimed “The Life and Times” album with a range of fun stuff including a fanzine and limited edition ale.  But in a world first he is now launching a free 8 bit retro smartphone game on 24th June. It has eleven levels with each one playing the corresponding album track as the gameplay sees Flash fight off ghosts, monsters,  various obstacles and everything else that is thrown at our struggling supersonic hero.  With lo-fi graphics, highly addictive playability and a super-hot soundtrack, the boundaries of music and games continue to be pushed. Available on AppStore, GooglePlay and Amazon.

You can check out the game here:
http://gamenet.com/flashatkins/