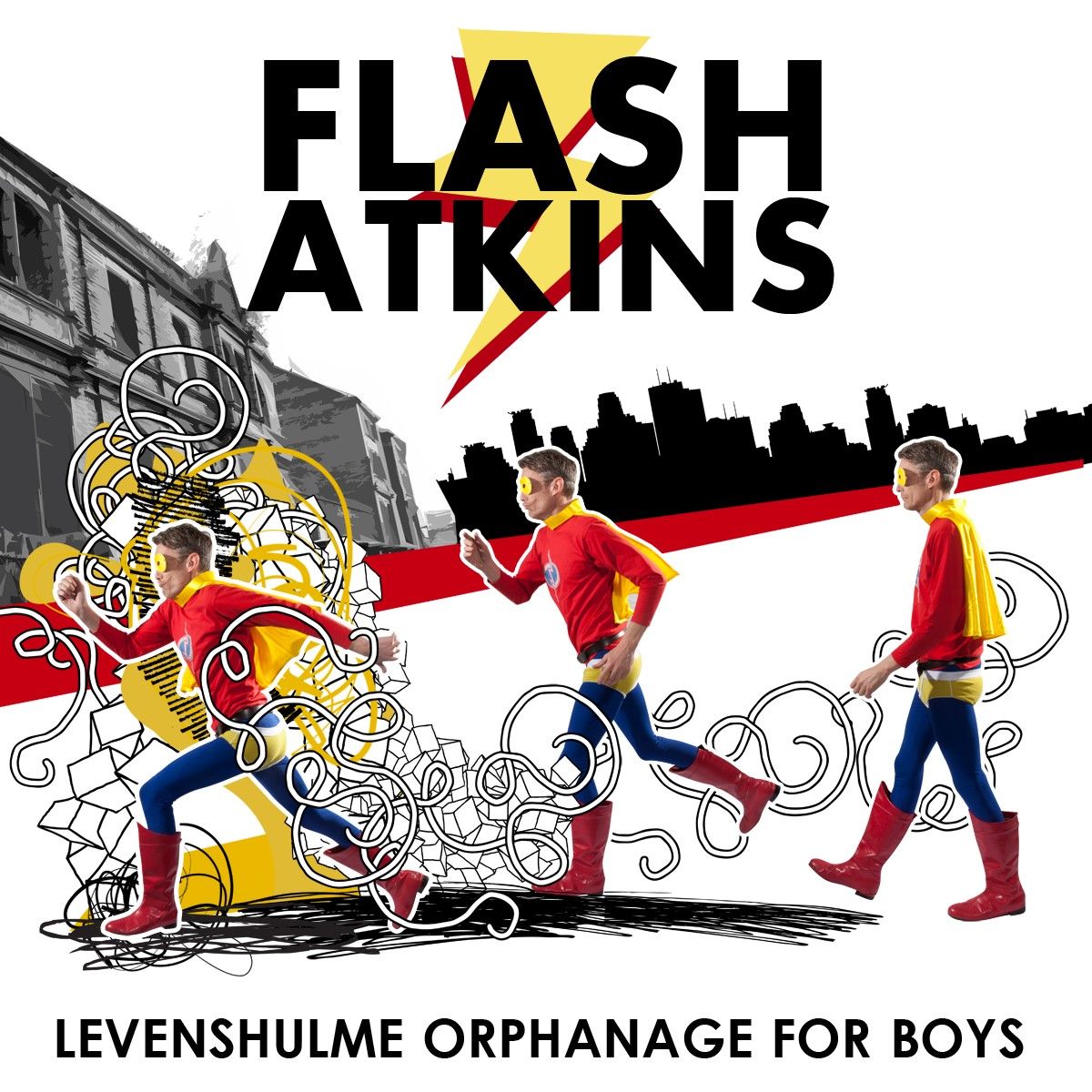 For their next EP, esteemed and long running UK label Paper Recordings turns to Flash Atkins, an artist described as “a drunkard, drug user and general wrong’un.” Alongside one original, which is taken from and precedes a full Flash Atkins album on the label, are remixes from Doc L Junior and Richard Seaborne plus a Deaf Boys dub from Flash himself.

For the last decade, the mysterious Flash Atkins has been releasing his disco and deeply soulful tech on Paper Recordings, the label he help to co-found. Born Ben Davis, he is a colourful character with music to match.

The single in original form is a purposefully slow motion deep house crawler with creeping melodic lines, lazily soulful synths and a churning sense of groove that really gets you going, despite it being so unhurried. An emergent synth lines turns all acidic as things unfold and breathy vocal ad libs add a layer of sexual tension that finishes things off nicely.

For of the alternative version’s is Flash’s Deaf Boys dub. His reworking is just as slow, but the wordless vocals are louder in the mix and a spraying bassline is much more in your face. Crashing percussion also adds plenty of energy and this is a fine bit of gnarly chug funk as a result.

The remix from Doc L. Junior – who lives in Tromso, grew up with Royksopp and is a legendary figure after some killer releases in 90s – is a much more cosmic affair. Tons of echo and reverb, withering sci-fi effects and raspy synths transport the groove to another dimension entirely.

Then comes a version by Richard Seaborne, who has had his ‘Is This Acid’ on Paper Disco charted by Todd Terje and licensed to an It’s All Gone Pete Tong compilation by Tensnake before now. His version is the most up tempo and direct of the lot. The kicks are tight and punchy, the percussion loose and disco-fried and the main melodic hooks are blissfully jazzy and playful, like trilling birds on a breezy summer’s day.

As ever, Paper have come up trumps with some charming disco and house that will be irresistible to dancers and DJs alike. What’s more, this release more than whets the whistle ahead of the full length Flash Atkins experience coming soon.