Float Your Boat teams up with Hï Ibiza for Summer 2019 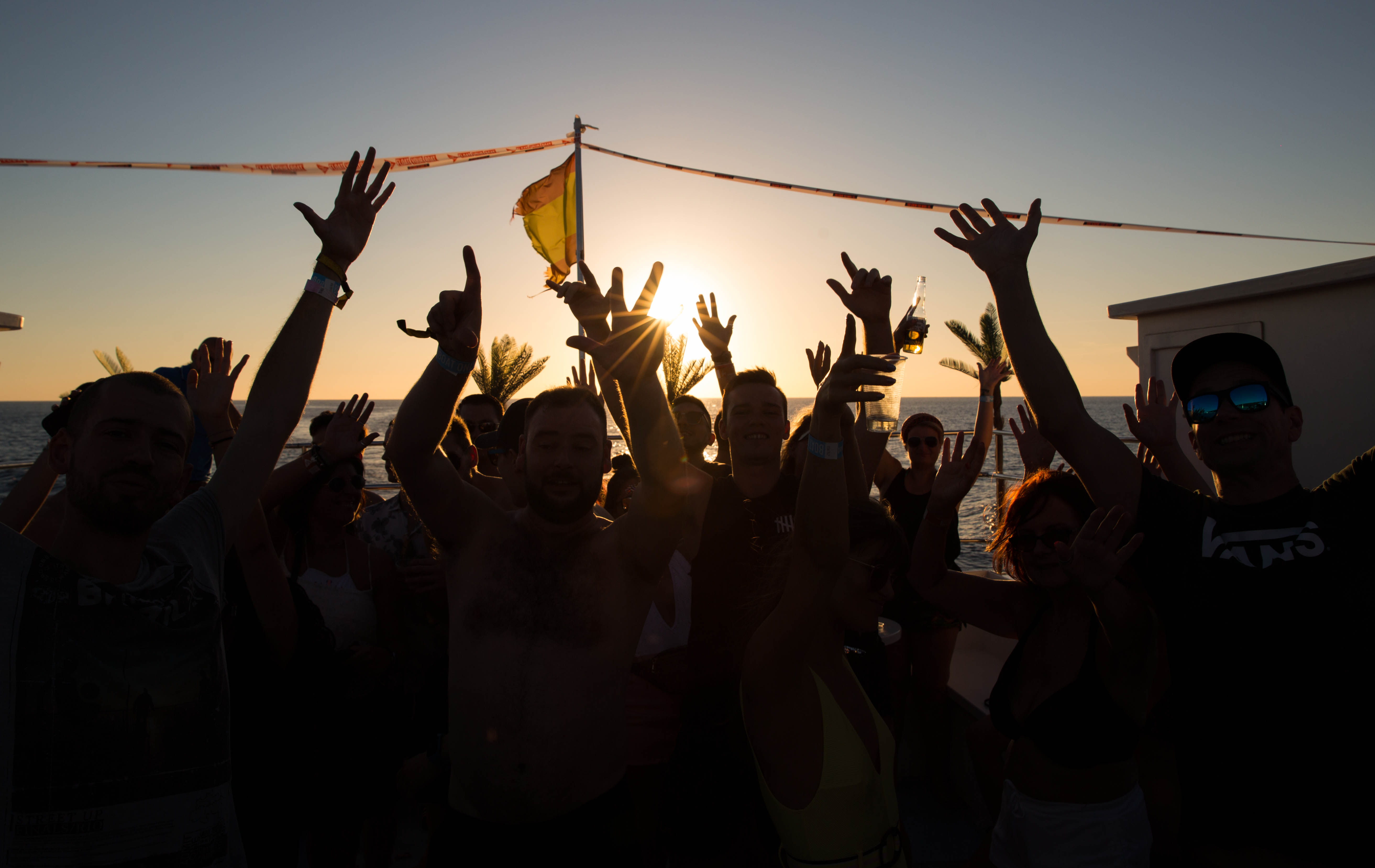 Float Your Boat teams up with Hï Ibiza for Summer 2019

Seven is the world’s luckiest number. There are seven days in the week, seven colours in the rainbow, seven seas, and seven continents. It’s a number that undeniably denotes greatness and as if to prove that point, Ibiza’s favourite boat party, Float Your Boat, is cruising solidly into its seventh year this summer 2019, determined to solidify its eminence atop the seas with more than 50 sailings in total across the season, meaning there’s more opportunity than ever to coast across the waves to the tune of the world’s best DJs.

On track to be Float Your Boat’s biggest and best summer yet, for 2019 the team has put together a series of sweeteners designed to guarantee that every sailing becomes the ultimate sea-faring sojourn.

First up, there’s the open bar. Coming as standard with all tickets (boat only and combo), that means revellers can bask in sangria, cava, draft beer and soft drinks, all on demand, throughout the entirety of every three-hour sailing. So there’ll be plenty of bevvies to fuel all that wild dad dancing, sorry, we mean deck dancing, as the sun goes down.

There’s also the continued hook ups with Ibiza’s biggest clubs and parties to offer the very best combo deals. Once again we’ve teamed up with Hï Ibiza with two weekly sailings as The Official Hï Ibiza Sunset Boat Party. Access to the island’s sleekest club is included with Tuesday combo tickets for BODYWORKS with CamelPhat, Solardo and FISHER while Saturday combo tickets means ravers can choose to attend the club on either Saturday, Sunday, Monday or Tuesday (full line ups to be announced soon…).

Elsewhere, our partnership with San Antonio party palace, O Beach Ibiza, is still going strong. Access to this sun-drenched slice of heaven is available with our combo tickets ensuring entrance through those pearly gates is guaranteed.

And then there’s all the stuff present on every single Float Your Boat sailing that blows the rest of the competition out the water. Stuff like the world-class DJs that captain the decks on each and every boat party (line-ups for this year are still to be revealed but in the past Carl Cox, Fatboy Slim, Roger Sanchez, Eats Everything and Darren Emerson, among many more have all featured in the past); our cutting-edge, custom, Funktion One and Pioneer XY Pro-Audio sound systems, which ensure every beat is crystal clear; the CO2 cannon that adds an extra dimension to the dance floor; and the professional photographer who’s there to capture every single Insta-worthy pose in front of the legendary Ibiza sunset.

All this, for three riotous hours, while cruising atop the sparkling turquoise blues of the Mediterranean Sea. Once again, Float Your Boat are out to prove they bring the best boat parties on the planet to Ibiza’s shores – looking at the evidence, they’re well on track to deliver.

DISCOUNTED EARLY-BIRD TICKETS ARE AVAILABLE FOR A LIMITED TIME.

See you on board!

Tickets and info at www.FLOATYOURBOATIBIZA.com