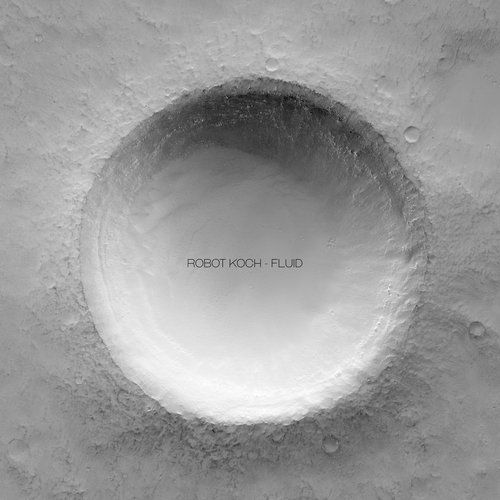 The now released “Fluid” EP by Robot Koch is a Diynamic-debut for the award winning LA-based producer/composer who has already released on labels such as Monkeytown, Bpitch Control, Project Mooncircle or his very own Trees & Cyborgs.

Besides his electronic music releases, the RBMA Alumnus is much known for creating soundscapes for international movies an television shows in Europe and the United States alike, and it is precisely this cinematic quality in his music that can be perceived in his latest release, “Fluid”.

The opening track called “Reach” is a feature with singer Delhia de France, remixed by Berlin-based producer Chi Thanh. “Reach” has been a vital part of Solomun’s sets for the past months, taking thousands of dancers’ hearts all over the world by storm. The elegance of Delhia’s vocals (who graces Robot Koch’s discography like Bill Murray does to Wes Anderson movies) combined with the driving remixing skills of Chi Thanh amplifies the essence of what Robot Koch has produced: an uplifting dancefloor hymn that calls for closed eyes and raised hands.

The second and title track „Fluid“ is a delicately melancholic electronic ballad featuring French multi-instrumentalist Julien Marchal. Marchal has contributed piano improvisation parts, out of which Koch in turn has distilled loops to make the arrangement that creates that distant hopefulness that drives through this track’s core.

Closing off Robot Koch’s “Fluid” EP is “Nebula”, a full on collaboration with Chi Thanh that arose from the initial remix work he did on “Reach”. Solomun liked the remix and asked if Koch wanted to make it a full EP, which sparked Koch’s idea to ask Chi Thanh for a coop track. The outcome is a gloomy upbeat composition that unifies the signatures of both auteurs.

All in all, the “Fluid EP” may be best described in the words of BBC’s legendary John Peel, who called Robot Koch’s unique sound of organic electronic music “Wonderful and Strange“.