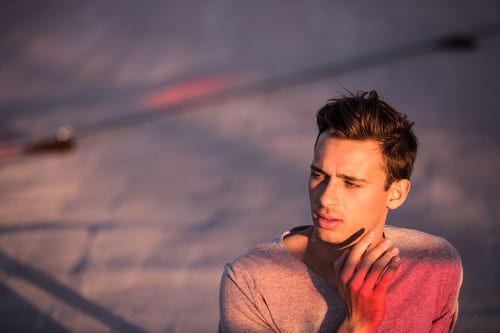 Acclaimed Australian artist Flume will embark on a massive world tour – including a run of European dates in November – to celebrate the release of his anticipated forthcoming album, Skin (out 27th May via Transgressive: preorder here).

Exclusive fan presales will be available via Songkick this Friday, 6th May at 10am GMT and via Pandora Monday, 9th May and Tuesday, 10th May. Tickets will go on sale to the public on Thursday, 12th May at 10am.

Flume is taking this show on the road with a run over over 70 dates worldwide including 10,000+ capacity shows in London, New York and many more. An August show at the iconic Red Rocks in Colorado (9,500 cap) has already sold out.

Music from the new album is already receiving great critical acclaim: Pitchfork calls the music "custom made for dark, secluded warehouse raves", while NYLON names it "powerful and utterly unique". Lead single 'Never Be Like You' continues to climb charts around the globe. It is currently #29 on U.S. Top 40 radio, and #71 on the Billboard Hot 100 after being streamed more than 100 millon times since release and reaching #1 on Spotify's Global Viral Chart and #1 on Hype Machine. Climbing up to the Top 100 Shazam charts globally, the track is seeing radio success across Europe and is a #1 Double Platinum single in Australia.

The second single 'Say It feat. Tove Lo', released last week, debuted as BBC Radio 1 Hottest Record and Track of the Day. Annie Mac says of the single: "He's done it again. Flume has made another smasher." Stream 'Say It' here.