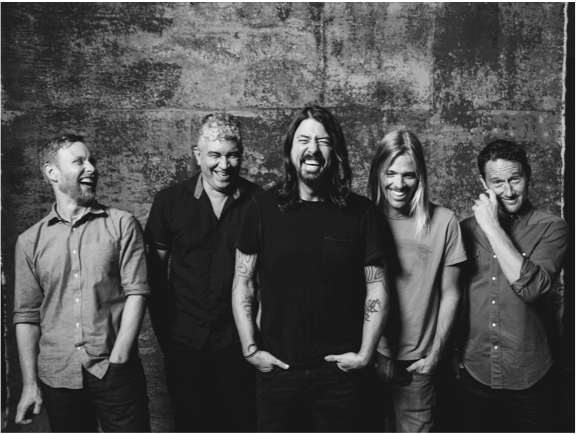 The last great American stadium rock band will headline Roskilde Festival’s biggest stage – the iconic Orange Stage – when Foo Fighters return to play the festival for the first time since 2005.

This is the backbone of marathon shows powered by singalong anthems "Everlong," "Monkey Wrench", "My Hero", "Learn To Fly", "All My Life", "Best Of You", "The Pretender", "Walk", "Something From Nothing" and many more.

Dave Grohl first visited Roskilde Festival with Nirvana in 1992 and reconquered the Orange Stage in 2005 when Foo Fighters last visited the Danish non-profit festival. His last view of the enthusiastic crowd was behind the drums with Them Crooked Vultures in 2010.

“Foo Fighters is undoubtedly one of the biggest rock bands in the world, and we have wanted them back for a long time. We’re thrilled that it finally panned out so we can welcome them back to Roskilde Festival for their only Scandinavian show next summer.”

“They are a perfect act for Orange Stage with their unique ability to create a sense of togetherness and excitement. Their concerts the past few years serve as further proof that they are as vital as ever before.”

Foo Fighters’ most recent release was the Saint Cecilia EP from 2015 – released as a gift to their millions of fans at the close of the world-spanning tour in support of their 2014 album Sonic Highways.

The band will join Trentemøller, Angel Olsen, Moderat/Modeselektor and Jenny Hval who are among the first acts announced for Roskilde Festival 2017. Many more acts will be announced before Christmas.

See all the acts here: http://www.roskilde-festival.dk/music/2017

A total of 175 acts will play Roskilde Festival, located just 30 minutes outside of Copenhagen.

Tickets go on sale on 15 November. They can be purchased on www.roskilde-festival.dk

The festival will take place from Saturday 24 June to Saturday 1 July 2017.