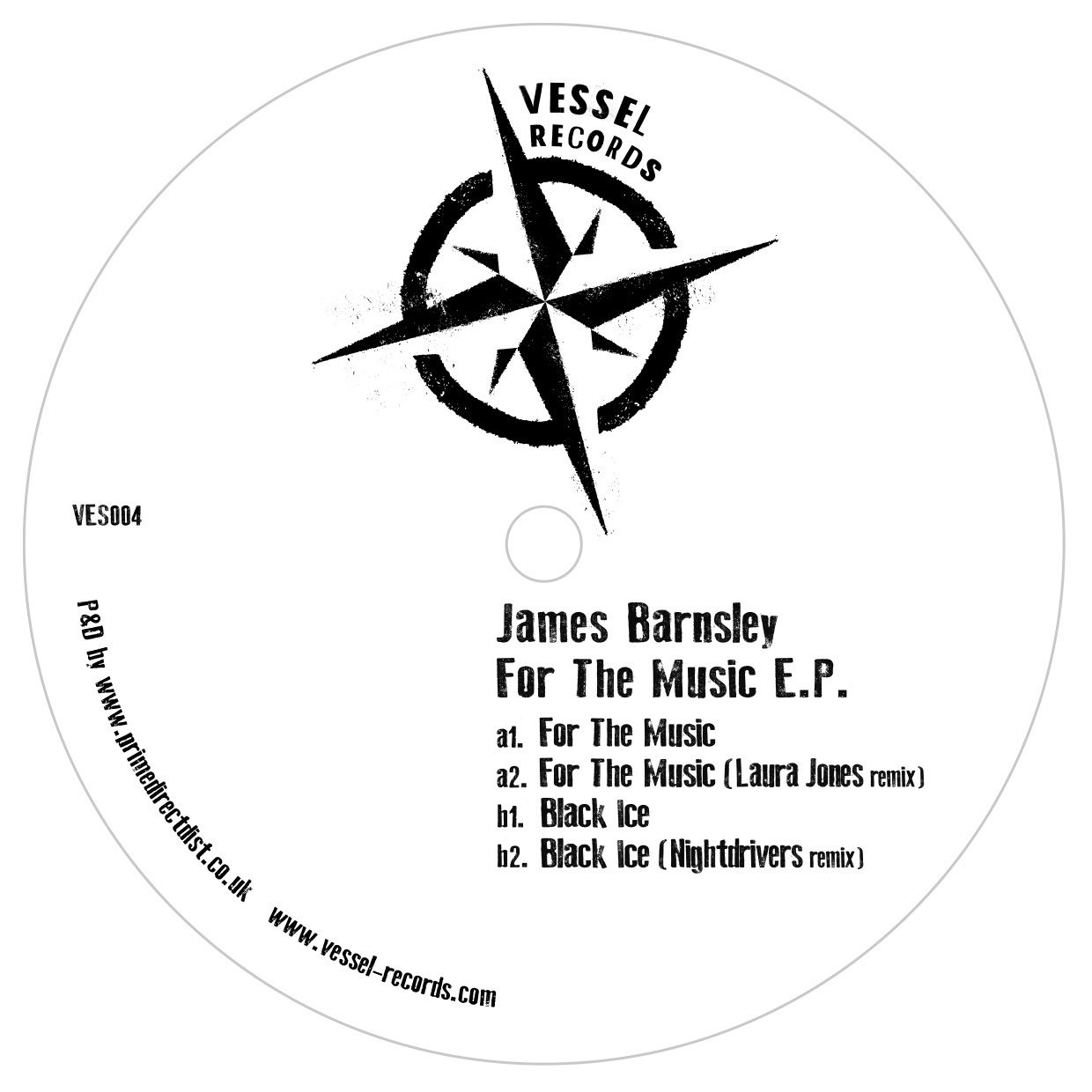 James Barnsley makes a return to his Vessel Records imprint with two rhythmic numbers joined by Laura Jones and Nightdrivers on remix duties.

Entering its fourth release, Vessel Records has seen a healthy launch with DJ Honesty, DJ W!ld and label founder James Barnsley kick-starting the discography. Cutting his teeth at ‘Basics’, where he spun records alongside the likes of Chez Damier, Delano Smith and Josh Wink, Barnsley has long since built a reputation as a respectable name within the DJ booth but it’s his appearances on Get Physical, murmur and Overall Music that have placed him on the map as a reputable producer.

Amass with numerous percussive elements; ‘For The Music’ is a groove-led cut with an echoing vocal sample and trippy synths. On the other hand, ‘Black Ice’ implements cavernous kicks whilst mesmerising whirrs and ominous effects operate throughout. Leftroom and Visionquest’s Laura Jones then delivers a rendition of ‘For The Music’ geared for the peaktime before Italian duo Nightdrivers, known for material on Holic Trax and Claap, provide a smooth and mesmerising reimagining of ‘Black Ice’.

James Barnsley ‘For The Music’ EP drops on Vessel Records on 11th April 2016.