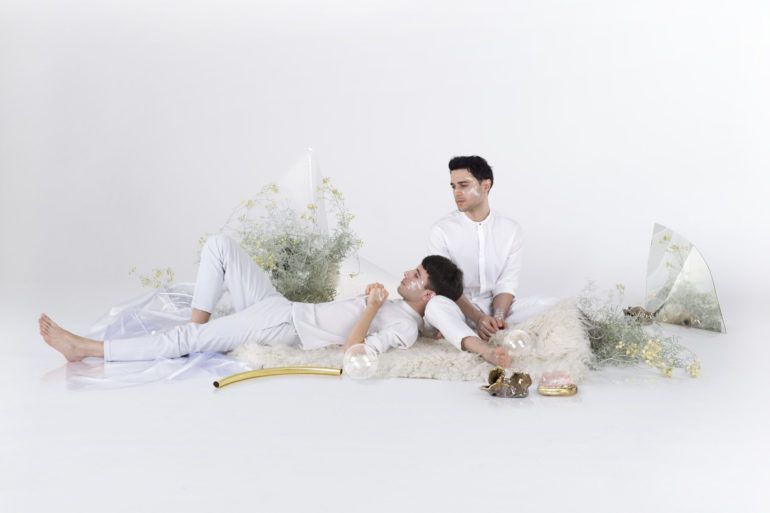 M+A have been writing songs that transcend boarders and traditional boundaries since they formed in 2013. With sessions taking place in their hometown of Bologna, London and New York’s Mission Sound Studios, their new offerings are no different, bouncing ideas between locations and experimenting with different styles. ‘Everything Will Be Alright’ was the first of the new recordings and Grammy nominated producer Larry Dvoskin (MGMT, Al Jardine, Robert Plant) liked the original so much he made a funked-up 70’s vibe enlisting James Richardson on guitar (MGMT) and Steven Wolf on drums (Beyonce, Alicia Keys and Katie Perry.) His version will appear on the next M+A album, planned for release later this year. ‘Forever More’ is the band’s latest offering:

"The video was written, directed and edited by us, in August. We wanted something to suitably represent the song idea, which is just visions and no narrative. We worked with composition of images in mind rather than a single shot with a storyline, almost like it was a magazine, a poster or a fashion commercial’

Alessandro Degli Angioli and Michele Ducci grew up on the Adriatic coast of Italy where seemingly endless summers transform into long, lingering winters, and the schizophrenic nature of the weather certainly influences their sound. After meeting through mutual friends, they immediately formed M+A and began writing, often from different locations across Europe. Their brilliant debut full-length ‘These Days’ showcased their unique sound and last year’s follow up 'Anyway Milkyway’ EP (Kitsune) featuring Spank Rock and DENA combined sunny dance-pop and laid back electronic beats with a soulful twist. The new tracks are a breath if fresh air, each representing a place of inhabitance and linking to a unique artwork and photo.