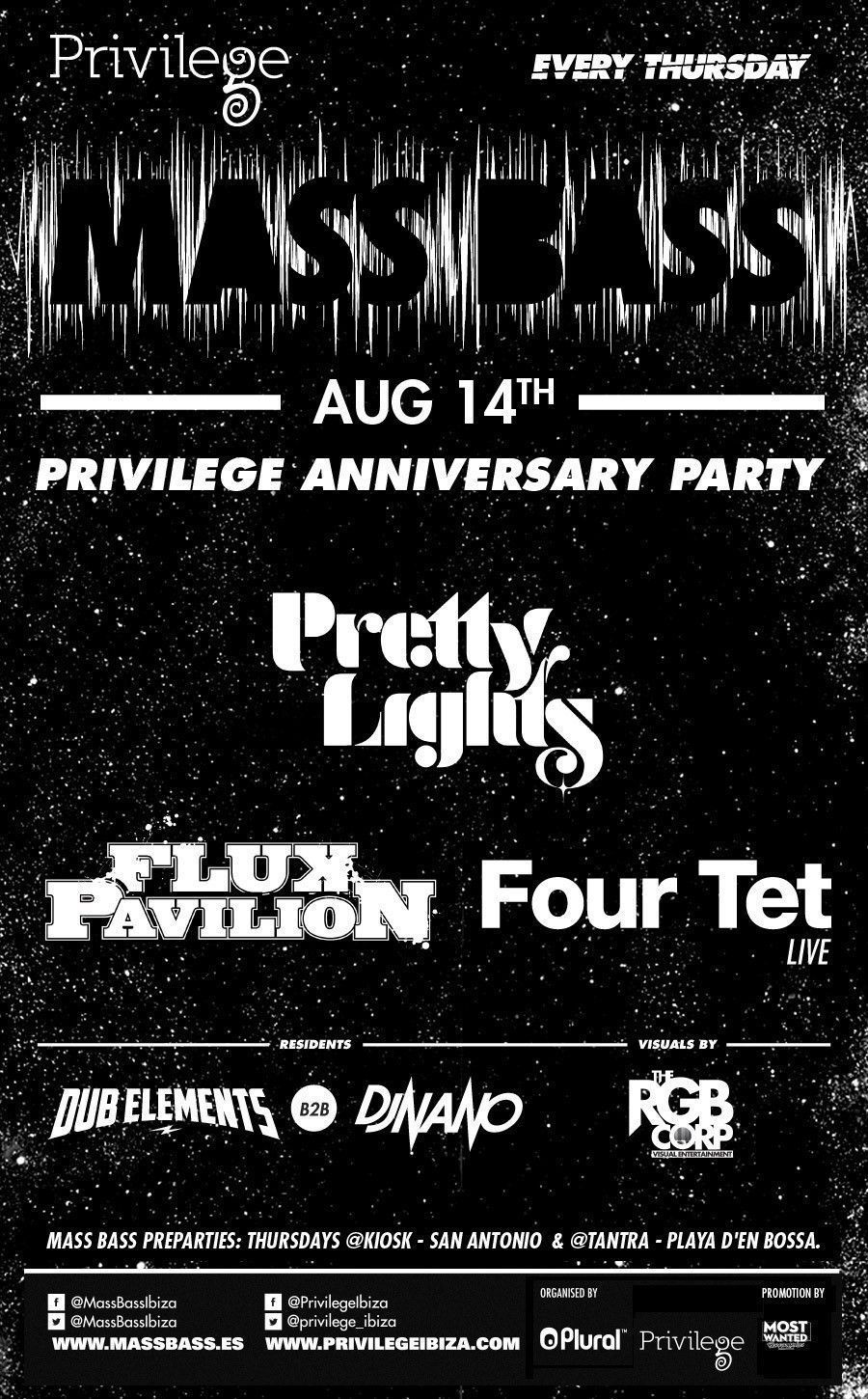 Following a stellar debut season that has seen performances from some of the world’s biggest DJ’s, MASS BASS gears up for their penultimate party with another unique, bass-flavoured line up at Privilege to celebrate the super-club’s 21st anniversary.

Steeped in heritage, Privilege – formerly KU – has played a fundamental role in the development of club-culture in Ibiza, spearheading the ‘super-club’ era that subsequently swept the globe, and redefining dance music culture for the past two decades. After 21 years, their status as the largest club on the planet remains untouched.

With each session designed to push boundaries and look beyond the typical Ibiza clubbing experience, Thursday’s party will see an exclusive LIVE performance from electronic visionary Four Tet, as he returns to Privilege for what will be his final performance of the Ibiza season. Having played his only two sets of the season at MASS BASS, Four Tet’s contribution to the residency has been extra special, and after setting the bar incredibly high when he kicked it off back in June, he now comes full circle by returning to round off the party calendar. Renowned for his experimental, boundary-bridging production skills, Four Tet perfectly encompasses the explorative MASS BASS attitude and has played a key role in the development of today’s underground club culture.

Alongside Four Tet’s unmissable performance is Grammy Award nominated producer Pretty Lights. Since his debut release back in 2006, his rise to prominence has been blistering, amassing a dedicated global following with a relentless tour schedule of sold-out shows. Pretty Lights set for MASS BASS will also be his last appearance in Ibiza this season. UK dubstep producer and co-founder of Circus Records, Flux Pavillion will also join ranks, with MASS BASS residents Dub Elements and DJ Nano completing the line up.

Having built a solid legion of bass-loving fans, MASS BASS has announced its return to Ibiza in 2015, which is set to be even bigger and better. Already highly regarded across Spain and beyond, this Thursday’s dose of MASS BASS will be no exception and promises to be another remarkable evening.