Frank Kvitta – Side by Side 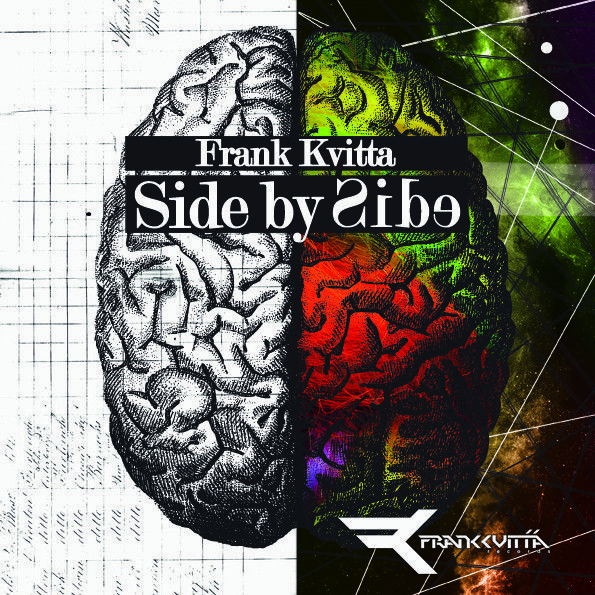 Frank Kvitta – Side by Side

brother’s record collection for inspiration. His early influences were not from Kraftwerk or the first Loveparade and most certainly not from the 90s trendy music television stations. Frank Kvitta’s musical education was founded in one place – the dance floor.

With “Side by Side” he found the impetus, after more than 10 years in the international electronic music scene, to create his first studio album. For Frank this has been a long journey, one during which he has at times stood in his own way blocking the path forward:

“When I first started in music I felt very free. Initially I experimented a lot, which was probably because the electronic music scene was more or less in it’s infancy. This is perhaps more specifically the case within the techno scene which I was and am part of. However, this freedom in the electronic music scene seemed pretty quickly to become shackled into a set direction and this has been the case with me too, almost on autopilot for the last few years. Only recently could I pull back from this tunnel vision, I just started again, producing things that people would not necessarily expect from me. This wasn’t an easy process and to get there I had to push myself to overcome old habits and ways of working. You’re getting into unknown musical terrain. I tried a lot of things, discarded them and started again. But somehow in this process I could feel, rightly, what was more important – fun – which hasn’t been in the fore so much for a very long time.”

The album is evidence of this working process with aspects of it particularly shining through resulting in a surprising and yet authentic sound. These interesting elements are not only part of a process but rather, the following concept.

Authentic sound: Frank, in what many may think of as an unexpected turn, has engineered a harsher sound on one hand, and this has remained faithful to the “Left Brain” (CD 1), coupled with the machine-based, rational. All this is presented in a well balanced manner:

“I am one of the people on the dance floor. I am at this hard music, I live and dance with them. But I also have quiet phases. Spiritual. With issues that I worry about, a different perspective was required. I was looking for a way to process these thoughts and to communicate. A surprising realisation grew that I could achieve this best through melodious music…”

Surprising: It came as a pleasant and inspiring surprise that he could utilise his well-rehearsed groovy beats and melodies within a Right Brain (CD2) creative and spiritual concept. Playful and courageous, the listener floats on sophisticated melodies. Historically these have been unfamiliar sounds from Frank Kvitta and yet you can readily recognise just how much of his personality is evident in each track.

“Once I let go of holding so firmly to life with the left side of my brain, I found that leading more with the right brain was my quasi spiritual awakening. A journey with many curves as the two sides meet in real life. It is a case of one day travelling straight ahead and then the next dreamily meandering. And when we look back we realise just how much both elements run side-by-side.”

Frank’s next path leads him initially to the clubs and his fans around the globe. “Side by Side” will be celebrated. It will have it’s place in straight up or pulsating sets.
“I am very much looking forward to the tour and the album to celebrate with the people. We will celebrate with power and energy, the usual sweeping sets, but I will adapt and adjust for the audience and the atmosphere. Why not just start slower at times, we have the whole evening to increase to that absolute ecstasy? There are no boundaries, just the music.”