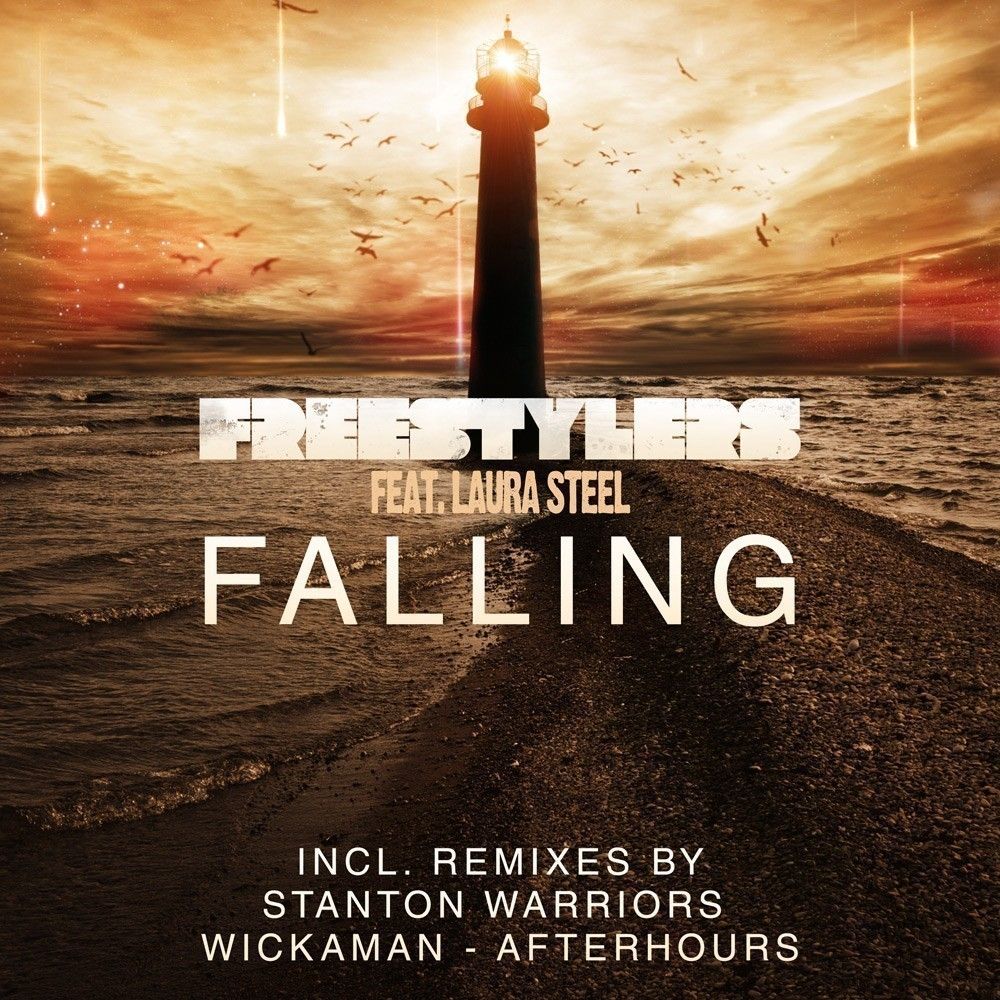 ‘Falling’ is the third cut from the Freestylers new album ‘The Coming Storm.’ It’s hauntingly beautiful and melancholic bass echoes their 2011 single ‘Cracks’ – which was the biggest Dubstep tune of the year. The jump up drums and drumstep FX are punctuated by the atmospherically visceral vocals of Laura Steel.

On their Original version, ‘Falling’s early light-box atmospherics fade fast into whip-quick two-step snares & kicks, snapping rim-shot percussion recoil and speaker reaping distortion. Subbing up the LFO, ‘Falling’ walks the line between the viscera of its floor-capitalising jump-up drums, and the bravura of its cultured, darkly beautiful and moody bass. As the drumstep FX burns, Laura Steel’s vocal brings the track its coup-de-grace moment, sealing ‘Falling’s lightning into the bottle.

Firing their treatment up with chunky tribal house drums and loud, echoing percussion, through a mid-mix skim of the pitch-wheel, the Stantons’ skew ‘Falling’ back into break-beat terrain. Using its immersive opening pads & chords to underpin Laura’s vocals in the break, at the top of the drop they cut, chop & loop them to dizzyingly infectious effect.