FRESH NEW ACTS ANNOUNCED FOR T IN THE PARK 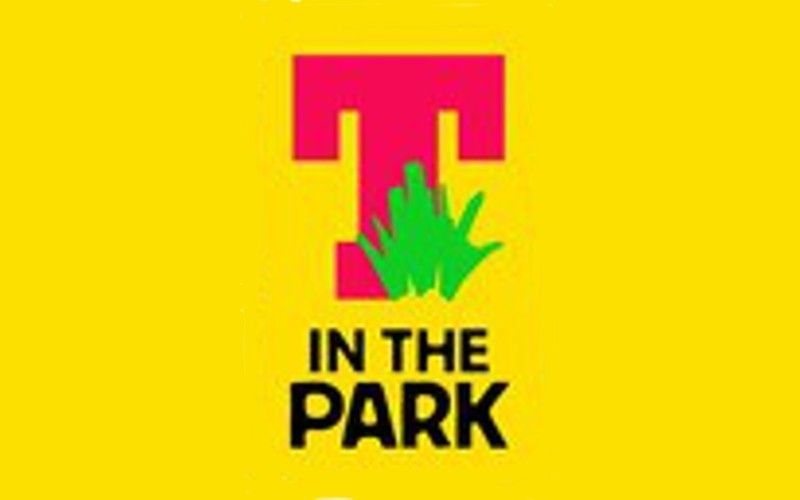 FRESH NEW ACTS ANNOUNCED FOR T IN THE PARK

Festival organisers DF Concerts and founding partner Tennent’s Lager have today announced a fresh new wave of acts for T in the Park 2014. Over 85,000 music fans per day will descend on the fields of Balado over 11th – 13th July for this year’s festival, which will feature more music than ever before, with Friday extending to a full day of performances and the party continuing right through to 1am on Saturday for the first time ever.

The Charlatans have been an inspirational force in British rock for more than two decades now. They remain as exciting and relevant now as when they first broke through to the immortal strains of The Only One I Know in 1990. The Manchester legends played the 2nd T in the Park back in 1995 and have been firm favourites with festival fans throughout the festival’s history. They’re sure to receive a warm welcome back when they take to the T in the Park stage for the first time since 2008.

Rising from London’s underground electronic scene in the mid-1990s, DJ Fresh is one of the most influential figures on the UK drum ‘n’ bass scene today, with 2 million record sales, two no.1 singles and a further two top 5 singles to his name. His single Louder became the first dubstep single to reach the top of the UK singles chart, before he returned to the no.1 spot with 2012’s Hot Right Now featuring Rita Ora. His third record Nextlevelism featured collaborations with Dizzee Rascal and Juliette Lewis, with a fourth studio album set for release this year. His T in the Park performance will see him team up with the legendary Messy MC.

Reverend & The Makers were at the forefront of the resurgent Sheffield indie-rock scene in 2005/2006, smashing into the top ten with their debut single Heavyweight Champion of the World. The band’s appearances as part of the bill for Oasis’ now legendary final shows at Wembley Stadium bolstered their growing fanbase. They returned early this year with the release of their fourth album ThirtyTwo, much to the excitement of their loyal fans.

The Magic Numbers, known for their unique harmonies, melodic hooks, song writing craftsmanship and timeless sound, return to T in the Park having last played the festival 8 years ago. To date, the band have released three successful albums, including their Mercury Prize nominated 2005 self-titled debut, with many of their singles gracing the top 20 charts, resulting in over a million album sales worldwide.

Having self-released two albums in 2009 and 2011, Twenty One Pilots quickly attracted serious label attention. Known for their irrepressible on-stage energy, the duo have built an avid international following, with their debut studio album Vessel showcasing their distinctive fusion of piano-driven indie-rocktronica. They’ll make their T in the Park debut this summer.

Foxes’ soaring pop melodies are anchored by an edgy melancholia, as showcased on hit single Youth and on her Grammy-winning collaboration with Zedd, Clarity, which was the soundtrack of the summer in America last year, reaching the Billboard Top Ten.

Some of the most hotly tipped breakthrough acts of the year are also gearing up to play T in the Park for the first time this summer. Wolf Alice have won plaudits from the likes of BBC Radio 1, NME and The Guardian after they released their debut EP Blush at the end of 2013. Drenge – aka brothers Rory and Eoin Loveless – will bring their raw grunge-inspired blues pop sound to the festival for the first time. Also appearing are Liverpool indie-pop four-piece Circa Waves who recently went down a storm at the NME Awards Tour 2014 -and Brighton blues rock duo Royal Blood, who were championed on the BBC’s Sound of 2014 list, and who have been invited to open for T in the Park headliners’ Arctic Monkeys when they play their Finsbury Park shows this year.

Since they walked away with the top prize on UK primetime TV talent show, When Will I Be Famous in 2007, the Red Hot Chilli Pipers have fast become a global phenomenon, with their cover of Avicii’s Wake Me Up surpassing 1 million YouTube views, and taking their signature ‘Bagrock’ sound to the masses. The band said:  ³In 2004 we performed one song at T in the Park as special guests of The Darkness. For the past 10 years we have been working towards our ultimate ambition of coming back to T in our own right. There are just not enough words to describe how thrilled and honoured we are at being asked to play the Main Stage in 2014.  Bringing our special brand of ‘Bagrock’ to this world famous festival with a home crowd – it just doesn’t get any better!²

Founding member of the legendary group Underground Resistance with ‘Mad’ Mike Banks & Jeff Mills, Robert Hood’s seminal works on Jeff Mill’s Axis and his very own M-Plant imprint paved the way for a wave of stripped-down dance floor minimalism. He brings his influential minimal Detroit techno to the Slam line-up.

2014 looks set to be huge for the unstoppable Duke Dumont, who is currently sitting at the top of the charts with his irrepressible summer anthem I Got U feat Jax Jones. The British DJ and producer’s breakthrough hit, 2013’s Need U (100%) feat. A*M*E also reached no.1 and received a Grammy nomination for Best Dance Recording.

Pretty Lights will bring his sample-based electro hip hop soul to the Slam Tent. His epic soundscapes have a vintage vibe – instead of sampling existing recordings, he has worked with everyone from the Harlem Gospel Choir to members of the Preservation Hall Jazz Band and the Treme Brass Band to create a unique sound. Already confirmed to headline Chicago’s Spring Awakening Festival and play at Sonar in Barcelona, Pretty Lights will bring the party atmosphere to Balado this July.

Kerri ‘Kaoz’ Chandler is a house legend – his fusions of heady bass-lines, synthesizers, and catchy choruses are sure to go down a storm at T in the Park. Also joining the Slam bill is Glasgow’s Alex Smoke, who blurs the boundaries between electronica, techno, classical and hip hop, melding European minimalism, pop structures and emotional strings to create a moody blend of melancholic electronica.