Spatial Awareness - From Hell It Came 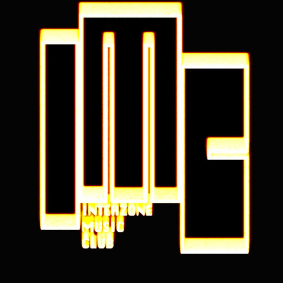 Spatial Awareness - From Hell It Came

Interzone Music Club’s next release comes from co-creator Spatial Awareness, featuring an original track, a remix from co-founder Pete Dorling and another alternative mix from the original artist.

Both hailing from Essex, Pete and Spatial started Interzone Music Club early last year, and have released material from the likes of Jozef K, Sarah Miller and Oggie B, amongst others. Over the last couple of years Spatial Awareness has been offering up his classic meets contemporary twist on house with labels including Twirl!, Zombie Soundsystem, and Fetch, garnering support on national radio and leading to his own show on Funky.SX 103.7; whilst label mate Pete Dorling has picked up support from Carl Cox, featuring his track ‘Manyana’ in his essential mix, and further support from veterans like Carl Craig.

Thumping kicks open the original cut ‘From Hell It Came’, meeting elastic acid textures and rumbling bass tones throughout. Pete Dorling’s remix of ‘From Hell It Came’ then strips things back to airy reverb swells and choppy synth melodies, making the piece more atmospheric before adding breakbeat drums and oscillating synths to up the energy levels. The ‘Alt Mix’ then closes the release, stripping things back to a more refined drum groove and laying focus on the hypnotic melody.