Full Details have been announced of Shindig¹s huge May Bank Holiday 14-hr event to celebrate its 22nd Anniversary. 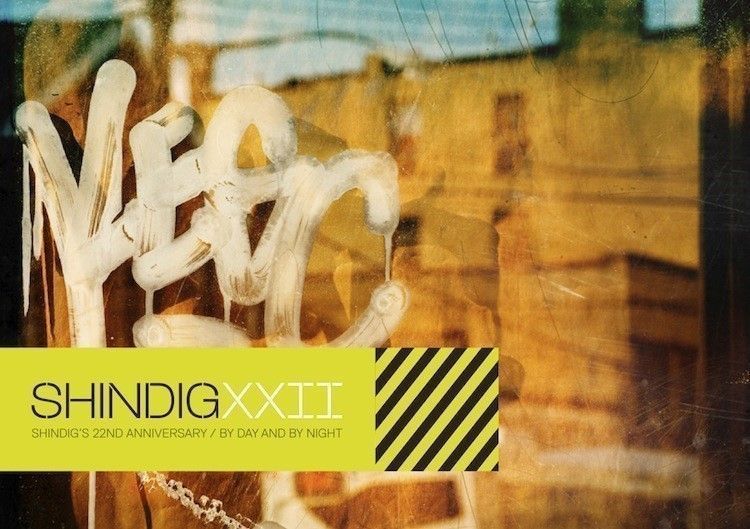 Full Details have been announced of Shindig¹s huge May Bank Holiday 14-hr event to celebrate its 22nd Anniversary.

Last year, Shindig celebrated 21 years of house music with a 14-hour day and night outdoor soiree. Now turning 22, they’re taking it further, to the iconic riverscape of the Tyne with an even bigger festival line up and a correspondingly capacious multiple stage site.

Shindig is undoubtedly a great bastion of northern nightlife and one of the longest running club nights in the UK. Since 1992 the Newcastle promoters have been producing events in creative spaces across the city bringing an A-Z of musical talent and “re-crafting, re-inventing and remixing” Tyneside club culture.

Despite their formidable size and reputation, Shindig events still have the buzz and intimacy of a secret warehouse party, and are known for breaking new artists rather than putting on the flavour of the month. Shindig focuses on innovative house and techno, and over the last few years have found a new home in the city’s raw industrial space Warehouse34 located in Hoults Yard, Newcastle.

SHINDIGXXII will ignite Bank Holiday Sunday 4th May both ByDay and ByNight for a 14- hour session.  ByDay at Spillers Wharf, Shindig present a who’s who of electronic music’s most iconic names across an impressive festival site.

ByNight, the event continues at top pitch inside Warehouse34 with Desolat label boss Loco Dice and Robert Dietz taking you through to the early hours, this very limited 1000 capacity ByNight After show sold out in just under 4 hours of going on sale.

And there’s more. Due to the huge demand for night-time tickets, for the first time ever Shindig will host ByNight 002, in association with LOOP, with a special back to back set from Avotre label boss Sante and Hamburg-born Sidney Charles at TheCut.

“Last year felt like the right time to for us to revisit outdoor daytime events” says Shindig director Neil Bainbridge. “We had gone firmly back to Shindig’s roots with the Hoults Yard Warehouse events so it was only natural to look carefully at how we could replicate Shindig Birthday events of previous years at Times Square or Baltic Square sites and combine it with new sense of excitement we had captured during the last two years.

“This time round being able to transform the vast space on the banks of the River Tyne with festival production is a massive step up for Shindig. Spillers Wharf allows us to present such a huge array of electronic artists across two stages and be very creative with the site setup…”

Co-Director and Shindig founder Scott Bradford comments “After 22 years we’re still committed to keeping Shindig at the forefront of UK clubbing – it excites us as to what is around the corner. We’re certainly not a club night to stand still”

With SHINDIGXXII it’s music first, morals second – leave your inhibitions at the door. Shindig will once again be a daytime event with a difference, signifying longevity, originality and forward thinking, yet retaining the raw spirit they started with over two decades ago.